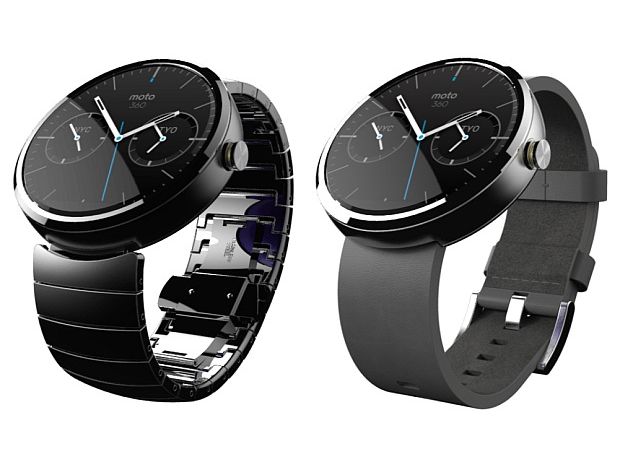 It is being speculated that Motorola might give details about its Moto 360 smartwatch at the upcoming Google I/O conference scheduled to be held in San Francisco starting June 25. JournalDuGeek reports that the smartwatch is likely to go on sale starting early July.

The Moto 360, first announced in March alongside the LG G Watch and Android Wear OS, notably includes the 'OK Google' feature that allows users to just speak the command (Ok Google) and do a voice search, send a text, get directions or even play a song.

The new smartwatch from Motorola shows subtle alerts and notifications to users when required. Further, the Moto 360 will also show users who's emailing or even calling them without taking out the connected smartphone from your pocket. As of now, Motorola has not revealed whether the Moto 360 could feature direct voice-calling functionality.

Motorola's lead designer, Jem Wicks, recently also revealed some details about the Moto 360 smartwatch in an interview. Wicks said the diameter of the device is 46mm, which should be able to accommodate a 1.8-inch diameter screen. The device can sense its orientation and flip the screen contents accordingly, which should make the Moto 360 suitable for both left- and right-handed individuals.

It has been understood that the Moto 360 is made of stainless steel and is designed to be water resistant, though the extent of that is not known. Users will be able to use swipe gestures and voice input, but the Android Wear smartwatch is meant to interact with a smartphone, and does not have a camera or other such features of its own. The Moto 360 will work with any smartphone running Android 4.3 or newer versions.