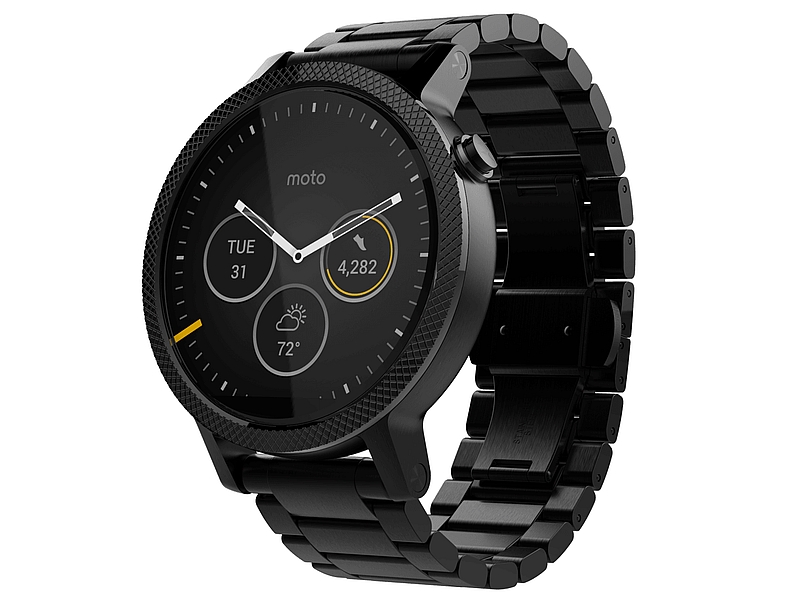 Lenovo-owned Motorola will be launching its second-generation Moto 360 smartwatch in India on Tuesday. The company has sent media invites for a launch event in New Delhi. The smartwatch was unveiled in September at the sidelines of IFA 2015 in Berlin.

The second-generation Moto 360 smartwatch comes in two sizes and is less bulky than its predecessor. Designed for both men and women, the wearable device comes in 46mm design and 42mm design for men, while for women it comes in only the 42mm size, which is said to be designed for slimmer wrists. The company claims that the Moto 360 has the largest screen-to-case ratio of any smartwatch available today. The Moto 360 is built out of aircraft-grade 316L stainless steel, with Corning Gorilla Glass protecting the screen from scratches. The smartwatch is also IP67-certified, making it dust and water resistant (withstanding immersion in up to 1 metre of water for 30 minutes.)