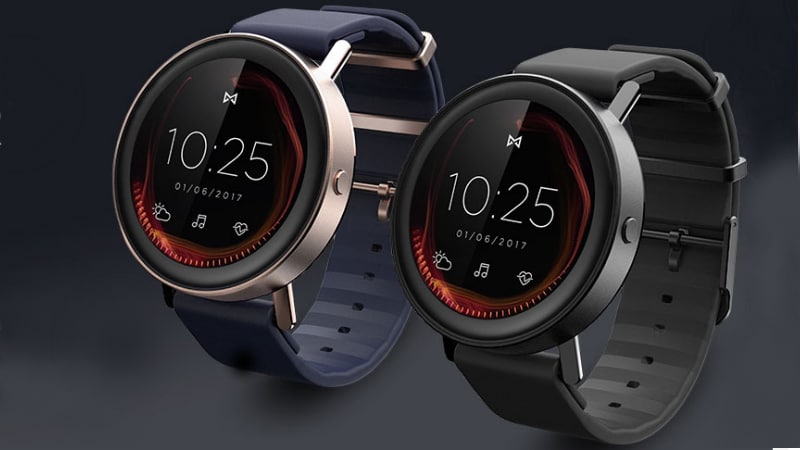 Fossil-owned American consumer electronics company Misfit has launched its first touchscreen smartwatch at CES 2017. The company has made activity trackers and smart home appliances in the past, and it's now venturing into this new category with a smartwatch called Vapor.

While other big tech giants are keeping their distance with this category thanks to disappointing sales, Misfit it seems is living up to its name, and taking a contrarian approach. The smartwatch, design wise, does not bring anything new to the table, and has a round dial with metallic edges.

While the company hasn't officially announced the operating system the Vapor runs on, the Verge has played around with it a bit, and seems to think it's a forked version of Android. The Vapor smartwatch has a 1.4-inch AMOLED touch-based display. It is powered by a Qualcomm Snapdragon Wear 2100 processor and has 4GB of internal storage. The UI has a unique feature that Misfit calls the touch bezel, which is a touchwheel of sorts that lets you interact with and control elements on the watch.

The Misfit Vapor can pair with your smartphone or connect to Wi-Fi for standalone capabilities, supports Bluetooth, and has in-built GPS. It also comes with a heart rate sensor, and other sensors include an accelerometer, altimeter, and gyroscope. The smartwatch is waterproof and comes with interchangeable straps. Misfit claims that when the smartwatch will ship next year, it will last two full days on a single charge on. Misfit is expected to launch the Vapor sometime later in the year, and it will be priced under $200 (roughly Rs. 13,500).

A Monster Calls, Sing, and More – The Weekend Chill
So, What's the Deal With These Convenience Fees?