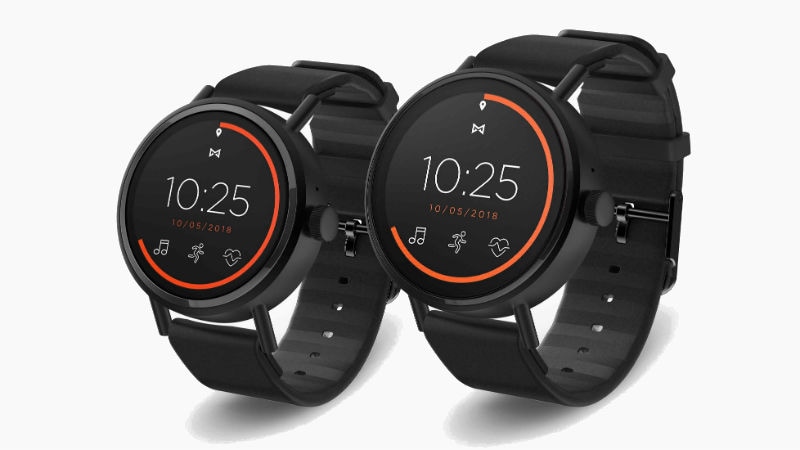 Misfit Vapor 2 has been launched has the latest smartwatch in the company's lineup. The Misfit Vapor 2 is a Wear OS smartwatch priced at $249.99 (roughly Rs. 18,300). It is a successor to the Misfit Vapor that was launched by the Fossil-owned brand last year. The Vapor 2 brings features such as GPS and NFC - two features that were missing in the previous version. It also comes with an upgraded heart rate sensor. However, there does not seem to be any major improvement in terms of design as the Misfit Vapor 2 looks similar to its predecessor.

The Misfit Vapor 2 smartwatch will be available soon via the company's site and other retailers. There is no specific release date yet, but it is listed as "coming soon". However, the company has revealed the pricing and a rundown of the specs. As mentioned, the price of the wearable has been set at $249.99, which is $50 (roughly Rs. 3,700) more than its predecessor. There is no clarity on whether the Vapor 2 will launch in other markets like India. To recall, the Misfit Vapor had made its way to the country almost a year after its global launch.

Coming to the specifications, the Misfit Vapor 2 sports an AMOLED display and comes in two sizes - there is a 1.19-inch display with a 41mm case and a 1.39-inch display with a 46mm case. Notably, both of them have a PPI of 328 pixels per inch. As mentioned, the key highlight of Vapor 2 is the addition of built-in GPS and NFC. Users will now be able to track speed, distance, elevation, and time during runs, even if the phone is left behind. With the NFC chip, users will be able to make payments via Google Pay. However, the feature will only be available in the select countries.

'Facebook for Disasters' App Helped Indonesian Neighbours Save Lives: Researchers
Pirates of the Caribbean Reboot in the Works With Deadpool Writers: Report