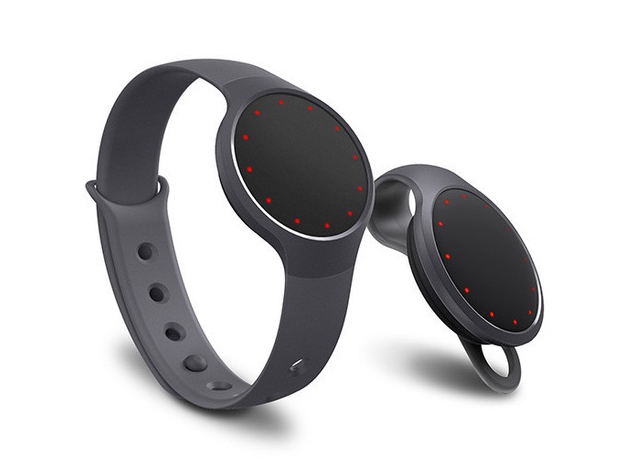 Priced at $49.99 (roughly Rs. 3,000), the Misfit Flash measures users' daily activity and sleep routine and syncs with their smartphones via Bluetooth to show the number of steps walked, distance travelled and calories burned.

"Flash is the only fully featured activity and sleep tracker in the world for under $50, making it an incredible value," said Tim Golnik, VP of Product and Design at Misfit Wearables in a press statement.

The wrist-gear includes 12 LED lights on the dial to show users how active they have been throughout the day. Users can press the face of the dial to see their progress and how much more is needed to reach their daily goal.

The Misfit Flash wearable's embedded battery can run for up to 6 months according to the company. The device can also be clipped "on your wrist, lapel, shirt, pants, pockets, or on a necklace." The clip or 'Clasp' is sold separately at $3.95 (roughly Rs. 240)

The Misfit Flash is waterproof up to 30 metres and is made of polycarbonate material. It comes in seven colour variants, including Zest, Fuchsia, Frost, Onyx, Wave, Reef, and Coca-Cola Red. The device measures 28.5x8.0x28.5mm and weighs 60 grams.

The Misfit companion activity tracker app for smartphones is available for Android and iOS, and the smartwatch is compatible with Bluetooth 2.1 devices running Android 4.3 or iOS 6.1.3 or higher. The company will also be launching its Windows Phone app version soon. The Android and iOS apps can be downloaded from their respective app stores.

The wearable is available to pre-order from the Misfit store with an expected shipping date of around mid-October.

Is Apple Embarrassed About the iPhone 6 and iPhone 6 Plus Camera Bulge?
Amazon Briefly Lists Kindle Voyage E-Reader; May Replace Paperwhite