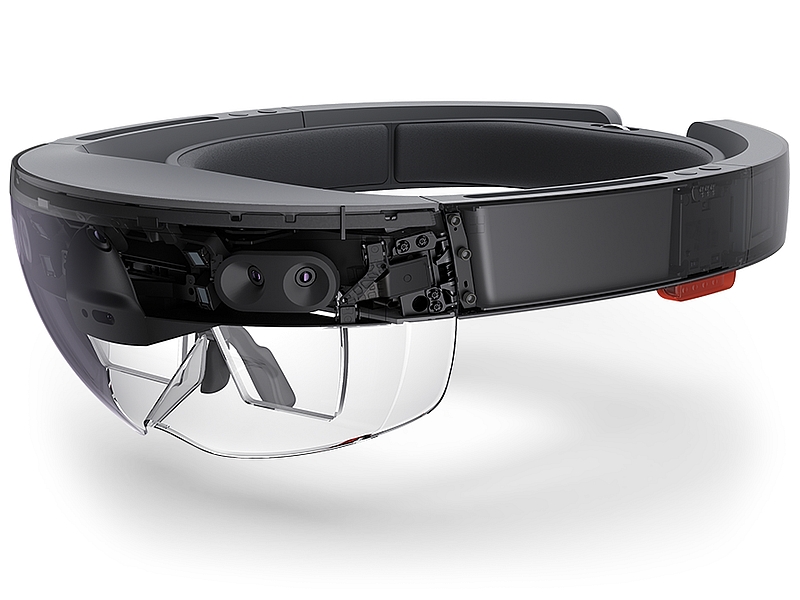 Ever since the announcement of the Microsoft HoloLens, the Redmond-tech giant has not revealed much about the functionality, price, battery life and other details of the wearable device. However, over the weekend a Microsoft Technical evangelist named Bruce Harris, as a part of the presentation last week revealed some more information about the headset.

In the presentation that took place in Tel Aviv, Israel, Harris said the Microsoft HoloLens will be able to link itself with any Bluetooth and Wi-Fi enabled devices and can run any Windows 10 universal apps, reports Petri website. Linking other headsets over the Internet is also possible.

As for the battery life of the wearable device, the company evangelist added that the usage time can vary based on how it is being used. The HoloLens can run for up to 5.5 hours, but on heavy usage, the battery life drops to 2.5 hours. In addition, Microsoft will not be offering an immersive screen experience in the initial models of the Microsoft Hololens. The models will initially be limiting the field of view to 15-inch screen from about two feet away. The view is likely to get wider over time as Microsoft improves its manufacturing capabilities and costs.

Since the developers are yet to receive the Microsoft HoloLens for tests, it is safe to assume the consumer version of the headset will not be arriving anytime soon. The company last month opened a studio in New York to showcase its upcoming HoloLens headset for inserting holograms into real-world settings. It is worth mentioning that the studio is only for software developers for now ad won't be open for general public. The Microsoft HoloLens development kit will be available in the first quarter of 2016, for $3,000 (roughly Rs. 2lakhs), said Terry Myerson, Microsoft's Executive Vice President of the Windows and Devices Group, in October last year.