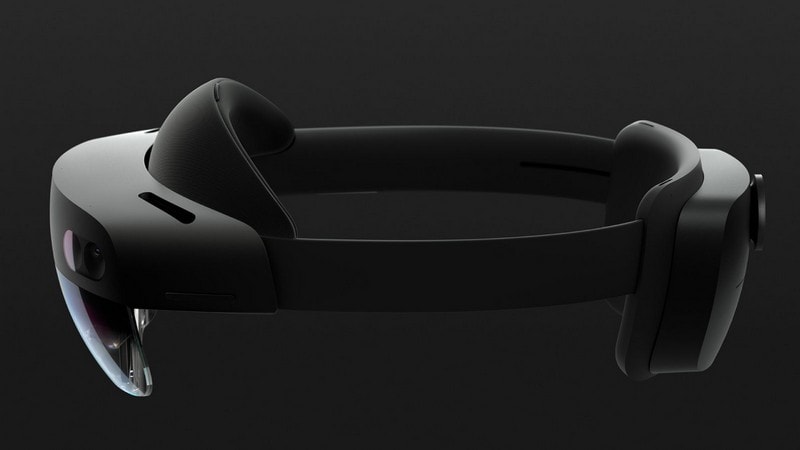 Microsoft at MWC 2019 on Sunday launched the company's second generation mixed reality headset – the HoloLens 2. The successor to the first generation HoloLens brings a tonne of improvements such as a better display, more comfortable design, improved gesture controls, and better performance coupled with higher power efficiency. The HoloLens 2 has been priced at $3,500 (around Rs. 2,49,000) and is now available for buyers in United States, Japan, China, Germany, Canada, United Kingdom, Ireland, France, Australia, and New Zealand from the official Microsoft e-shop. The company also launched the Azure Kinect at MWC 2019, which is now on pre-order and will initially go on sale in US and China.

The Redmond giant at its MWC 2019 launch event claims to have doubled the field of view on the second-generation Windows Mixed reality headset vis-à-vis its predecessor, a figure that now stands at 52-degrees while maintaining the holographic density of 47 pixels per degree of sight. Microsoft has employed the microelectromechanical system (MEMS) display technology for the HoloLens 2 and claims that it offers the equivalent of a 2K display for each eye.

The HoloLens 2 derives its power from Qualcomm Snapdragon 850 Compute Platform as well as a custom-built Holographic Processing Unit. Audio input and output are handled by a 5-channel microphone array and a built-in spatial audio hardware respectively. There is an Iris scanner for authentication that goes through the security process while users are wearing the headset, which means as soon as the headset is fitted, they are good to go. A USB-Type C port is there for charging while an 8-megapixel sensor facilitates video conferencing.

One of the most notable features of the HoloLens 2 is that it allows users to interact with holograms with their hands, even letting them feel it via synthetic tactile feedback, thanks to an advanced ToF sensor that works in tandem with a built-in AI and spatial awareness algorithm. Aside from manipulating holograms via aerial hand gestures, the HoloLens also helps control the holograms via eye tracking and voice commands.

The HoloLens 2 has a flip-up visor design and features a dial-in fit design that allows users to have the most optimum fit. Aside from the improved ergonomics, the HoloLens 2 galso features an advanced vapour chamber technology for better thermal management and also features a carbon fibre chassis. In addition to the HoloLens 2, Microsoft also announced a new software solution called the Microsoft Dynamics 365 Guidelines that has been designed for first-line workers and offers step-by-step instructions in real-time for various work scenarios.

The company has also launched a second hardware product in addition to the HoloLens 2 at its press event today – the Azure Kinect. The Azure Kinect – which is also called the Azure Kinect Developer Kit (DK) - marks the return of the Kinect technology following Microsoft's pulling the plugs on manufacturing the Kinect back in 2017. The Azure Kinect is an AI-backed solution for enterprise customers which is integrated with the company's Azure cloud services. It packs a ToF sensor, a 12-megapixel RGB camera and a 1-megapixel depth sensing lens. The Azure Kinect's sensors create a 3D map of the surroundings and utilise AI for real-time situation assessment and sending alerts. The Azure Kinect is priced at $399 and is now up for pre-order, however, it will initially available only in the United States and China.