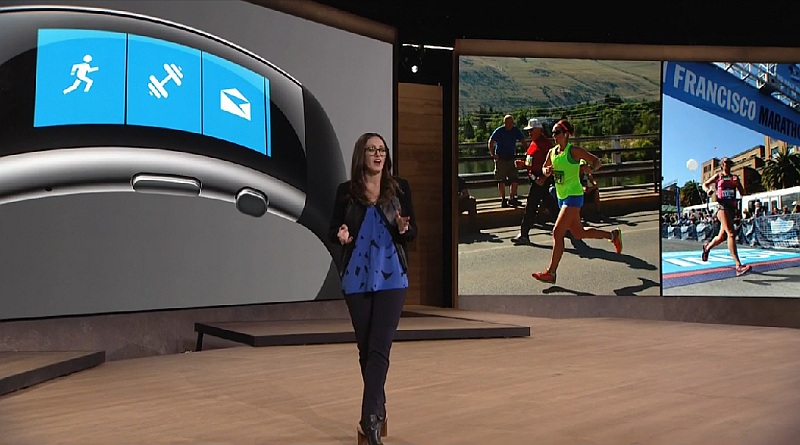 At its Windows 10 devices briefing event on Tuesday, Microsoft announced the Band 2, the refresh of Microsoft Band fitness tracker device that it had launched last year. Other products launched at the event were the Microsoft Lumia 950 and Lumia 950 XL, as well as the Microsoft Surface Pro 4 and Surface Book.

The Microsoft Band 2 comes with a number of features and improvements, and will be available to pre-order in the US from Tuesday. It will start shipping from October 30 at $249 (roughly Rs. 16,300).

The Microsoft Band 2 features a curved Oled display with Corning Gorilla Glass 3 screen protector. The company says that the display is more responsive than ever.

The Microsoft Band 2 also comes equipped with a range of sensors including GPS, gyroscope, and barometer (which is new) among others. These sensors will enable UV monitoring, offer guided workouts, sleep tracking, and measure calorie intake.

In addition, the Band 2 will also fetch notifications from your smartphone and show them on the display. Microsoft Health will show you more comprehensive information about your fitness level and activities. The company says that Band 2 will work with Android and iOS apart from Windows 10 Mobie. Unlike most other fitness trackers, it also tracks VO2 Max levels - the amount of oxygen the body can absorb in a minute.

As for what's coming, the company announced that it has partnered with several new players including Runkeeper, Facebook, Starbucks, and others. Another new partner is Lose It!, which offers fitness tracking.
Comments