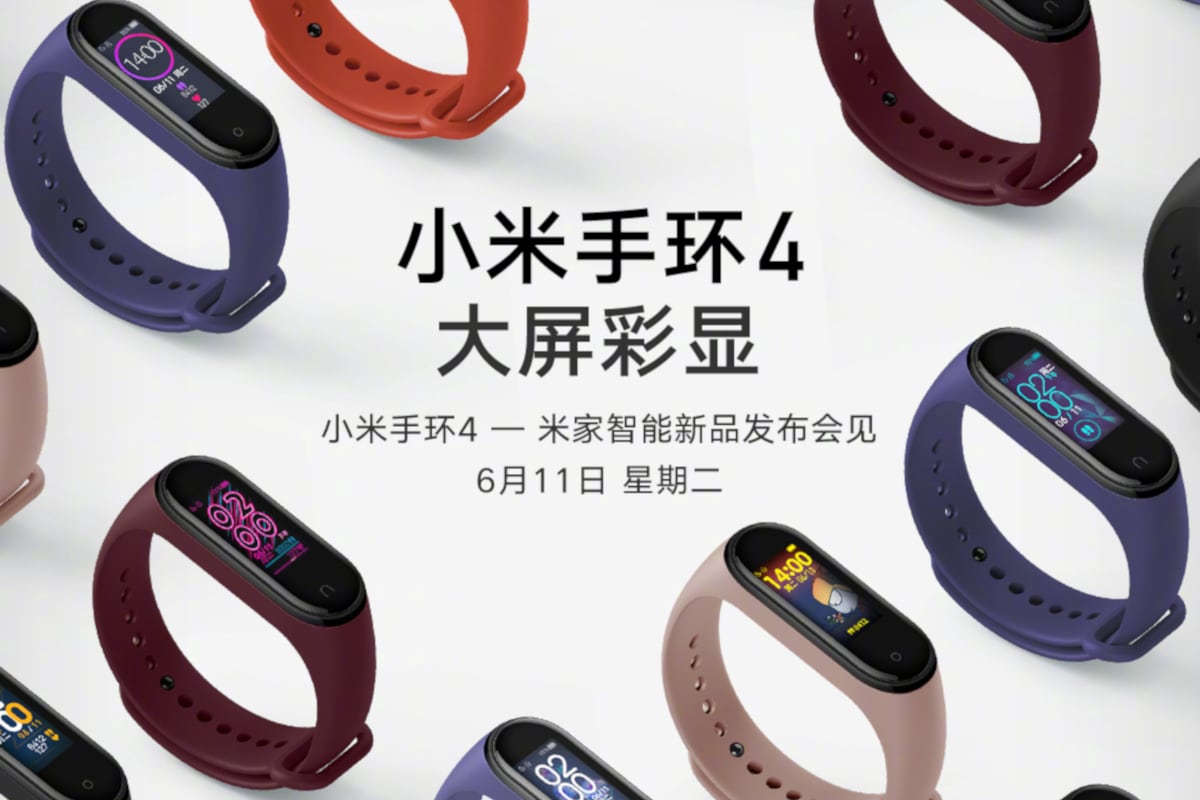 Mi Band 4 has received a new teaser ahead of the next week's launch in China. The company's CEO Lei Jun on Friday shared the teaser on Chinese social networking website Weibo. He also noted that Mi Band 4 is going to be a major upgrade and it will come with a number of changes over its predecessor Mi Band 3, which was launched in May last year. The Mi Band 3 currently retails at Rs. 1,999 in the Indian market.

The teaser published by Lei Jun gives us the first look at the complete Mi Band 4 and also confirms a few of the previously leaked features of the wearable. According to Jun, the Mi Band 4's screen is larger than the one present in Mi Band 3. Also, Mi Band 4 is also the first Mi Band-series wearable to sport a colour screen, which will support over 16,000 colours.

Additionally, the teaser shows a number of Mi Band 4 strap colour options, which are likely to be available for the smart band at the time of launch.

Although Jun has not revealed any other details of the fitness band, it is rumoured to deliver better battery life and an enhanced heart rate sensing over the previous Mi Band 3. Further, a Mi Band 4 variant with NFC support is said to be coming as well.

Xiaomi is all set to unveil its Mi Band 4 smart band on June 11 in China. The company is a hosting an event, which will start at 2pm CST (11:30am IST), and will see the launch of several smart home products, including smart door lock, smart washing machine, and more, as well.