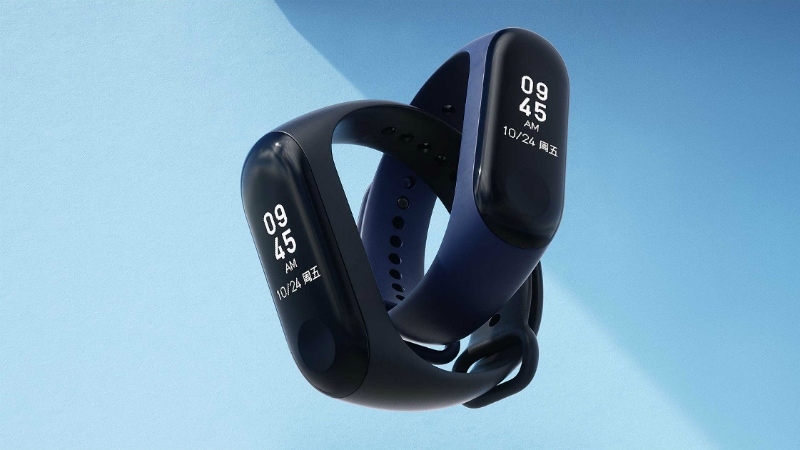 Xiaomi's popular wearable Mi Band 3 was launched at the company's annual product event, alongside the Mi 8 flagship, in China back in May this year. The Chinese electronics giant has now confirmed the rollout of the first software update on the wearable that brings a phone mute feature. The company's previous generations of fitness bands - Mi Band and Mi Band 2 - made their way to India, and we can expect the Mi Band 3 to also arrive in the country in the near future.

The Mi Band 3's new phone mute feature users to mute their connected smartphone right from the Mi Band 3 itself. Currently, phone mute capabilities are limited to Android and might come to iOS in the future. To recall, the Mi Band 3 has been launched in China at a price of CNY 169 (roughly Rs. 1,800) for the regular variant and CNY 199 (roughly Rs. 2,100) for the one with NFC compatibility. Successor to last year's Mi Band 2, the latest-gen Mi Band 3 sports a 0.78-inch capacitive OLED panel. It is capable of receiving app and call notifications, and comes with motion tracking and health management abilities. In terms of features, the fitness tracker has an improved pedometer, a caller ID/ reject feature, a heart-rate (PPG) sensor, a larger 110mAh battery, Bluetooth 4.2 LE, and a display resolution of 128x80 pixels.

At the same event, Xiaomi also announced three variants in its flagship smartphone series - the Mi 8, Mi 8 SE, and Mi 8 Explorer Edition. While the Mi 8 SE comes with a Snapdragon 710 SoC, the other two variants sport the flagship Snapdragon 845. All three variants come with a vertically stacked dual rear camera setup; the more premium of the lot, Mi 8 Explorer Edition, sports a transparent back that claims to give users a look at the internal parts.