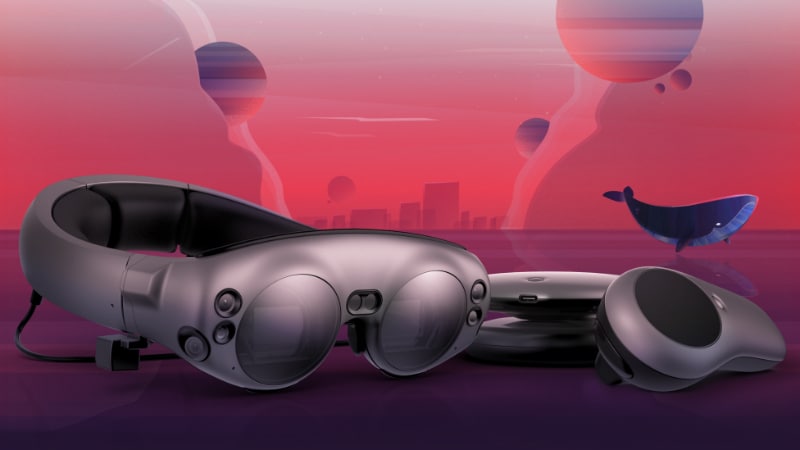 Magic Leap has started selling the anticipated Magic Leap One Creator Edition with a price tag of $2,295 (approximately Rs. 1,57,400). The advanced glasses that were unveiled in December last year to offer a mix of augmented reality (AR) and virtual reality (VR) experience out-of-the-box are initially available in limited quantities to developers in the US. The Google-backed company is giving the Lightwear headset alongside the Lightpack computing pack and Control handheld input device to developers ordering the glasses. Also, the Magic Leap Creator Portal has been provided to help developers build new experiences for the mixed-reality offering ahead of its debut for the masses.

As announced at the time of its formal launch late last year, the Magic Leap One goggles offer six degrees of freedom (6DoF) through the bundled Control, which offers force control as well as haptic feedback. The Lightpack, on the other hand, comes as the proprietary spatial computing platform that delivers the mixed reality experience to the glasses. The computing platform is powered by an Nvidia Parker SoC, coupled with 8GB of RAM and 128GB of onboard storage. Further, the Lightwear glasses have onboard speakers and a 3.5mm headphone jack along with audio spatialisation processing. It was earlier reported that there is a low-powered processing unit on the glasses that has some machine learning capabilities and powers as many as six external cameras to bring users to the mixed reality world.

There is LuminOS operating system that works with the computing platform and the glasses to provide a high-fidelity visual experience. Magic Leap has additionally offered Magic Kit that includes sample code, tech writeups, and design diaries to help developers easily begin their journey in the emerging world of mixed reality and build new experiences for the Magic Leap One.

To kickstart the quest for developers, Magic Leap has offered a bunch of preview experiences that are developed either by the in-house team or through some early-access partners. There is Tónandi, a collaboration between Sigur Rós and Magic Leap Studios, and provides an "interactive audio-visual exploration of the sounds and spirit of the band". If you want to get into a sandbox mix reality experience, Magic Leap Studios has developed Create that lets developers paint, draw, build, and create in many ways. Magic Leap and Weta Workshop have also jointly built Dr. Grordbort's Invaders that will bring a hyper-realistic action gaming experience to the Magic Leap One in the coming future.

On the productivity front, Magic Leap has brought Helio Web browser that adds 3D and spatial Web experiences. Developers can also use the Social application to work with services powered by Twilio.