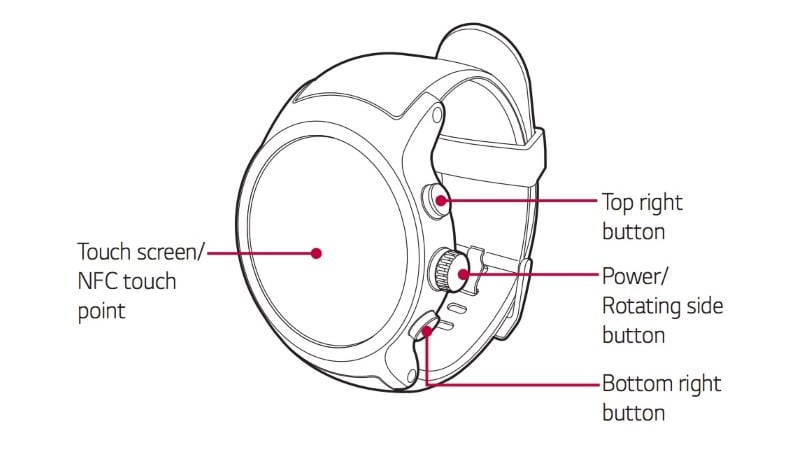 Ahead of the expected launch of Android Wear 2.0 on Wednesday, the user manuals for LG Watch Style and Watch Sport smartwatches have been leaked online. Apart from the user manuals, the retail packaging for the Watch Style variant has also been leaked and mentions the South Korean company's partnership with Google to design the device.

The leaked user manuals for both LG Watch Style and Watch Sport, shared by Droid Life, do not reveal all device specifications but do mention features like Google Assistant, a digital crown for browsing through apps, and a USB Type-C charging dock.

Google Assistant can be accessed by saying "OK Google" or pressing and holding the power button on the smartwatches. Both smartwatches will come with a rotating digital crown to help users browse through the apps but the Watch Sport, which has been tipped to be the higher-end variant, will come with two additional buttons. The function of these buttons can be customised, but by default the top-right button takes you to the Fit Workout app while the bottom-right button takes you to Android Pay by default.

The LG Watch Sport's manual suggests that the smartwatch will come with a heart rate sensor, GPS, NFC support, and a barometer while LG Watch Style lacks these features. Notably, these specifications fall in line with earlier leaks regarding the smartwatches.

Apart from the user manuals, the retail packaging for LG Watch Style has also been leaked. The leaked packaging, obtained by GSMArena, interestingly says, "Designed with our friends at Google." Although it was already tipped that Google has formed a Nexus-like partnership with LG to develop the smartwatches, it seems like the South Korean company will be displaying the search giant's moniker right on the packaging of the smartwatches.

The LG Watch Style has been tipped to be priced by the company at $249 (roughly Rs. 17,000) while the pricing for LG Watch Sport is tipped to start from $349 (roughly Rs. 23,500). The Android Wear 2.0 wearable platform is expected to be launched alongside the two smartwatches on Wednesday.