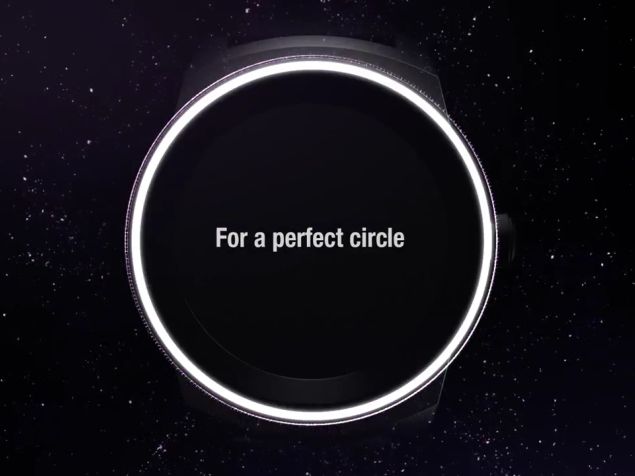 Taking a cue from the positive feedback the Moto 360's circular design has been receiving even before its release, LG has now decided to jump onto the bandwagon. The South Korean tech company uploaded a teaser video to their official YouTube page on Sunday that hints at a circular smartwatch will be announced at IFA 2014.

Now, initial speculation suggests that LG's second Android wear smartwatch could be christened the LG G Watch R, where 'R' could mean Round. Of course, the design is much different from the squarish design of the original LG G Watch and the Samsung Gear Live.

The teaser shows different types of watchfaces and a button on the side. It also had a brief glimpse of digital step counter, distance meter and compass. We cannot confirm at the moment if all the features will be present. Some commenters on YouTube also noticed how unlike the Moto 360, the LG G Watch R doesn't have bar at the bottom.

Apart from LG, Asus is expected to unveil a smartwatch at IFA. The event is happening in Berlin on the September 5 and it is not too long a wait until we find out more details. In any case, we don't expect the general specifications to differ too much from that of the LG G Watch. As long as LG takes care of the concerns raised by reviewers and users of the G Watch - bad sunlight legibility of the display and poor battery life - the G Watch R should have a good run in the market.

Notably, the Moto 360 is also set to be launched at IFA 2014, with the company sending invites for a pre-IFA event scheduled on September 4, where it is also expected to launch the successors to the Moto G and Moto X smartphones. A launch event is being held in India a day later.

Earlier this month, the Moto 360 smartwatch was listed on Best Buy's mobile site, with price and specifications. As per the listing, the Moto 360 will be available at a price tag of $249.99 (roughly Rs. 15,250). Listed specifications included a 1.5-inch backlit LCD touchscreen with a resolution of 320x290 pixels and a pixel density of 205ppi, and more.