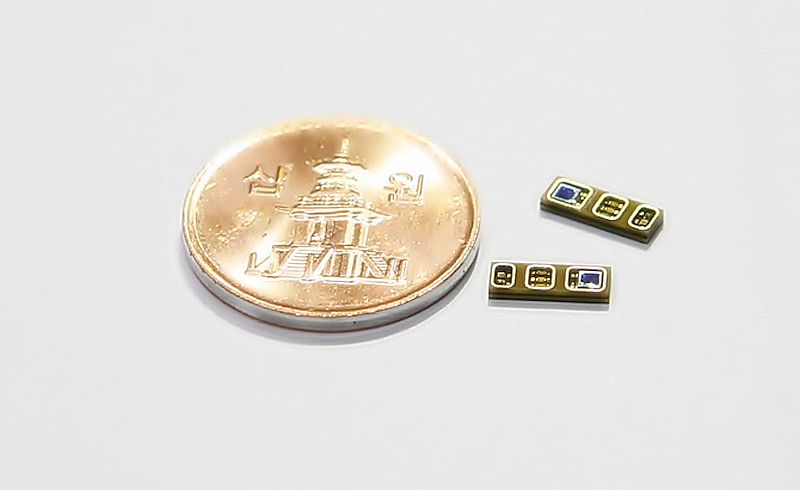 LG Innotek, the materials manufacturing subsidiary of the LG group, on Thursday announced the development of a new slim optical bio sensor module which is mainly targeted for wearable devices and smartphones to measure heart rate, stress indices, and oxygen saturation levels.

With the new sensor module, the South Korean company is looking to expand its presence in wearable segment - especially on the component side. LG says that the new module has lower power consumption and measures data with higher accuracy than the current range of devices. It adds that the module will help users get more accurate biometric information as the new sensor module's range of error for measured data is (plus and minus) 5 bpm during exercise and even in stable condition. It can also measure data within an error range of (plus and minus) 2 bpm which LG claims is comparable to that of medical devices used.

According to the company, the new "ultra" slim optical bio sensor module has a thickness of just 1mm while packs various modules such as a Photo Diode (PD), 5 LEDs, and Integrated Circuit. For achieving the thickness of 1mm, LG Innotek utilised its embedded PCB technology which embeds integrated circuits into the PCBs.

LG Innotek further claims that with the module, the strength of the biometric signals increases by about 30 percent while battery consumption reduces by 20 percent compared to the existing modules.

Commenting on the announcement, Changhwan Kim, Executive Director of the Components and Materials R&D Centre said, "The core part of IoT (Internet of Things) is the sensor that enables information sharing. We will develop high-tech sensors and use them in automobiles, consumer electronics, wearable devices, and other things to lead the IoT industry."

The Big Question About Driverless Cars No One Seems to Have an Answer To
LG G5's Modular Components, Accessories Tipped Ahead of MWC 2016