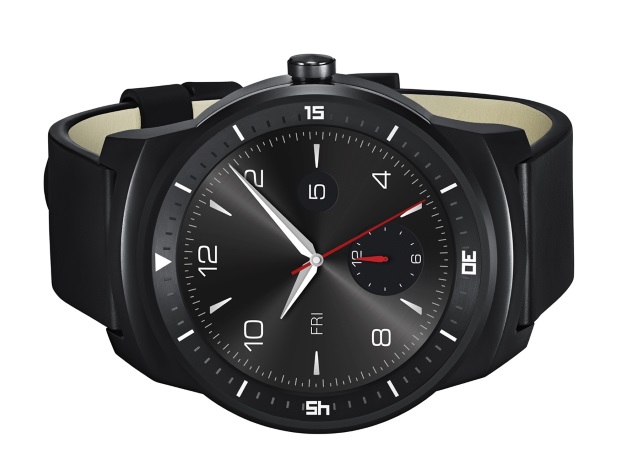 LG will launch its recently-introduced circular smartwatch, the LG G Watch R, in South Korea on October 14. The release dates for other markets are not yet known, but the smartwatch is expected to start rolling out globally before the end of October, as promised soon after launch.

The South Korean giant had confirmed in August a price tag of EUR 299 (roughly Rs. 23,900) for the G Watch R - it is expected to be made available at $299 (roughly Rs. 18,300) in the US. Also, a Korean online retailer has collaborated with LG to sell the round-dial smartwatch exclusively for a week, starting Wednesday, reports ZDNet Korea.

Announced alongside the Tizen-powered Samsung Gear S, the LG G Watch R features a circular 1.3-inch Plastic OLED or P-OLED display, a technology first seen with the LG's G Flex (Review | Pictures) smartphone. The display comes with a 360x360 pixel resolution and unlike the Moto 360, is claimed to utilise 100 percent of the watch face.

Falling under the Android Wear umbrella, the G Watch R is powered by a 1.2GHz Qualcomm Snapdragon 400 processor paired with 512MB of RAM. The smartwatch features the same amount of inbuilt storage as the Gear S (4GB), and is backed by a 410mAh battery. The smartwatch is also IP67-certified and is claimed by the firm to run for 30 minutes in 1 metre of water.

The G Watch R smartwatch features a stainless steel frame, and is supported by a 22mm calf skin leather strap. The G Watch R will be available only in Black colour.