Huawei Watch D may be launched alongside several other products from the company on December 23. 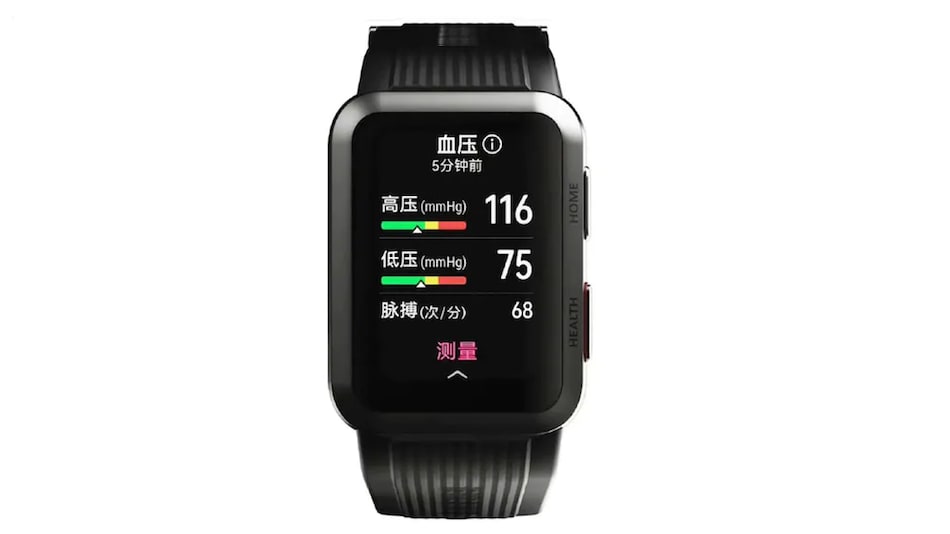 Huawei Watch D may launch in China on December 23, as per a report. The smartwatch is expected to come with various advanced features including a blood pressure monitor. As per an image shared by a tipster last month, the wearables may come with a rectangular display with two buttons on the right side. Last month, the company launched the Huawei Watch GT Runner with 14-day battery life, blood oxygen saturation sensor, as well as sleep and stress monitoring.

As per a report by XDA Developers, Huawei Watch D may have a blood pressure monitor which is similar to the one available in Samsung Galaxy Watch 4. It also says that users will be able to see a detailed history of their blood pressure results to help monitor improvements. However when it comes to the price, the Huawei smartwatch is expected to be more affordable than the Galaxy Watch 4.

Previously, a tipster shared some promo images of the alleged Huawei Watch D on the Chinese microblogging website Weibo. As per the image, the smartwatch may feature a rectangular display with two buttons that could be used to access Health and Home options. Additionally, Huawei Watch D is said to have already obtained the State Drug Administration Class II medical device registration certificate.

Last month, Huawei Watch GT Runner was launched in China. It runs HarmonyOS and sports a circular 1.43-inch AMOLED touch display. This smartwatch also has two buttons on the right side and offers various features such as TruSeen 5.0+ heart rate monitoring, blood oxygen saturation (SpO2) monitoring, sleep tracking, and stress monitoring. Furthermore, the watch offers support for over more than 100 sports modes. It packs a 451mAh battery which is claimed to last for up to 14 days with a typical usage and up to seven days with heavy usage.