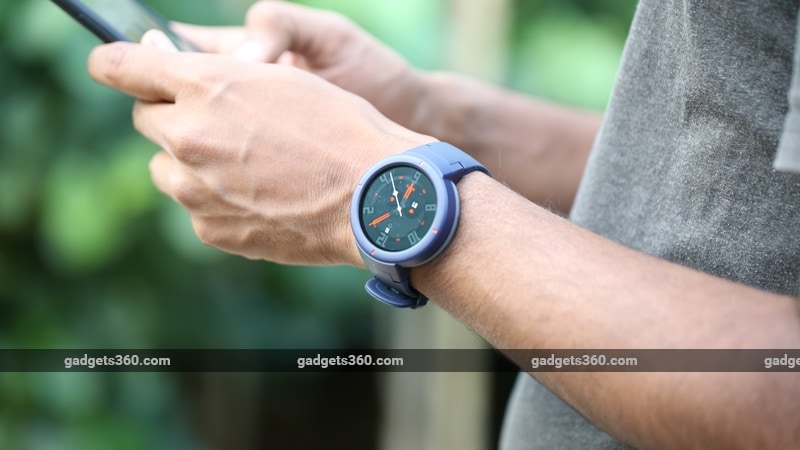 Amazfit Verge – the affordable smartwatch from Xiaomi-backed Huami – has gained a notable capability in the form of Alexa support via an update. Thanks to Alexa support, Amazon's AI Assistant can now be summoned to perform a host of tasks such as sending news update, reading calendar entries, help in translating content in over 50 languages, and do a lot more. Moreover, Huami has announced that iOS users can now receive and make phone calls using the Amazfit Verge, a feature that has so far been available only on the Android side of the mobile ecosystem.

The Amazfit Verge (Review) was launched in India earlier this year priced at Rs. 11,999, and it came pre-installed with the company's own virtual assistant called Xiao AI. But now that Alexa support has arrived via an update, the usage scenarios are now considerably versatile. For example, one can now personalise their favourite topics of news to be read in their daily briefing, get sports updates, manage to-do lists, and do a lot more.

Listed below are some key helpful features that are now at the disposal of Amazfit Verge users, thanks to the arrival of Alexa support:

In addition to Alexa support, the Amazfit Verge's calling capabilities have also been expanded. Earlier, only Android users could make and receive calls using the Huami Smartwatch. Now, that calling functionality has been extended to iOS users as well, allowing them to attend calls using the device's inbuilt microphone and speaker.