Honor Band 6 to Launch on November 3, Likely With a Bigger Screen

Honor teased a picture of the Honor Band 6 which hints at a narrow screen. 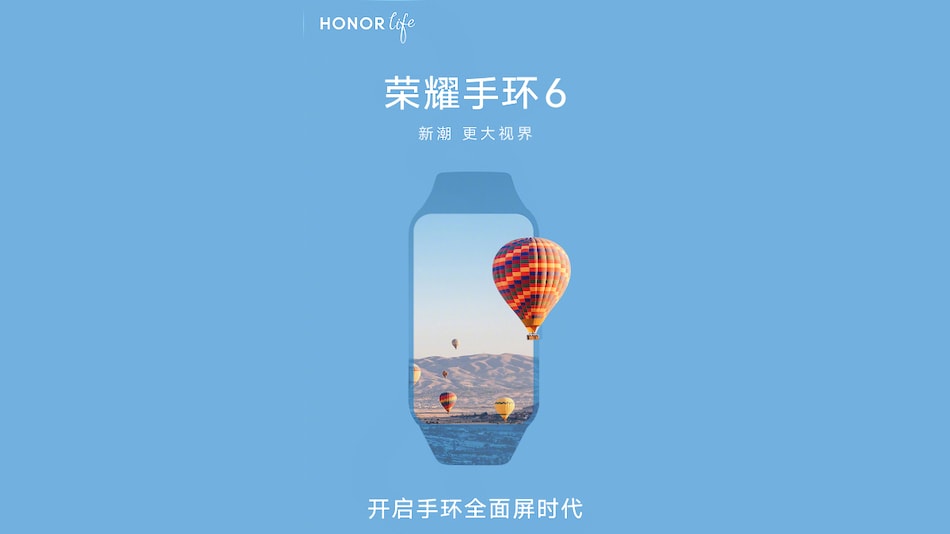 Honor Band 6 is set to be launched on November 3

Honor Band 6 launch is on November 3. Honor says that the Honor Band 6 will mark a new era of full-screen wearable, saying that ‘this time it will be different'. Along with the announcement, the Huawei sub-brand teased a picture that hints at a narrow, larger screen. There is not much information available on the Honor Band 6 so far. It is likely that the smart band will be launched only in China initially, and make its way to international markets after a few months.

The upcoming launch was announced on Chinese micro-blogging site Weibo. The teaser image gave a look at the display, and in a caption accompanying the teaser, Honor spoke of ‘breaking the shackles of boundaries and experience a greater horizon.' In the comments on the Weibo post, users have expressed their hopes for Honor's upcoming smart band, which includes a better battery life, larger screen, and smarter heart-rate monitoring features.

The smart band is expected to have similar features to the Honor Band 5, which was launched last year, but with some improvements. It is likely that Honor Band 6, like its predecessor, will have multiple sports modes and health monitoring features such as heart-rate monitoring.