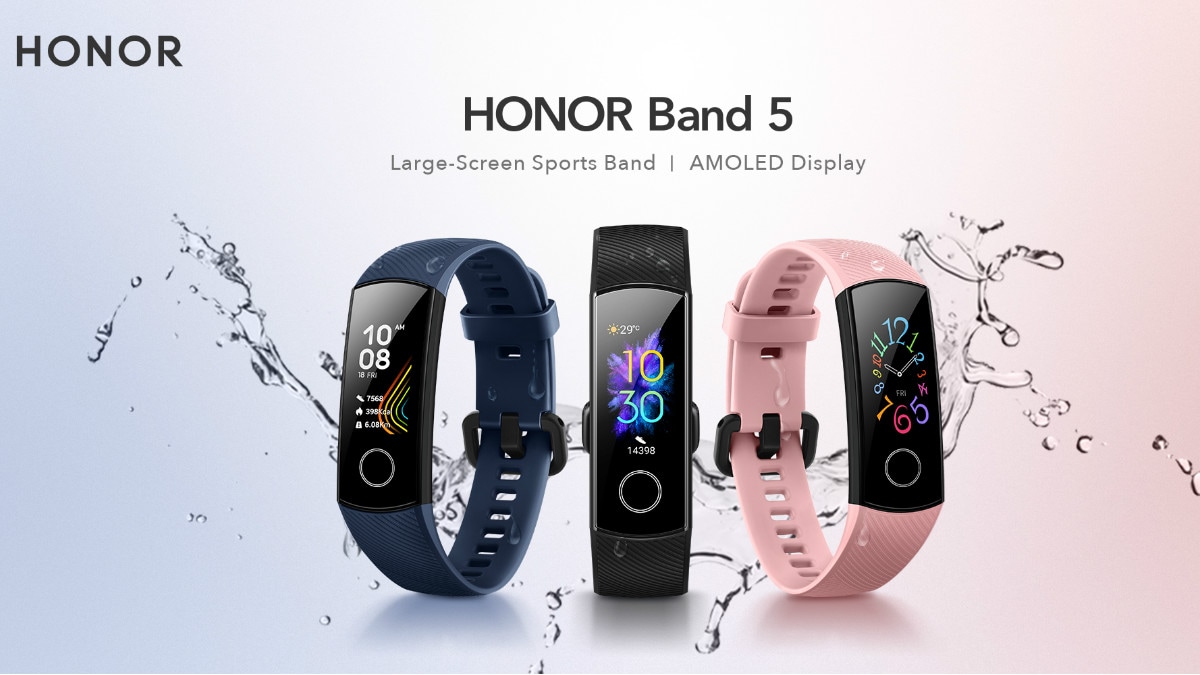 Honor Band 5 was launched in India in August this year

According to a post on the company's official forum, the Honor Band 5 is getting a new remote music control function and SpO2 monitoring in an attempt to make it an 'all-in-one fitness tracker'. The upgrade involves both the Huawei Health App (version 10.01.011) and the Honor Band 5 firmware (1.1.0.93).

Once users update their Honor Band 5, they'll be able to control and see their music apps from the fitness band. Currently, the feature supports Google Play Music, Spotify, YouTube, Shazam, VLC for Android, Tube Go, Blackplayer, Pulsar, and Huawei Music. To use this feature you should have an Android smartphone running Android 5.0 or above.

In the post, Honor has laid down the steps needed to enable the new remote music control feature on the Honor Band 4. These include:

Apart from the remote music control feature, the firmware update also enables SpO2 monitoring to help monitor your blood oxygen level. The feature isn't expected to be highly accurate, but you can still get a fair idea of the SpO2 levels while working out. The update is now being rolled out to all Honor Band 5 users.