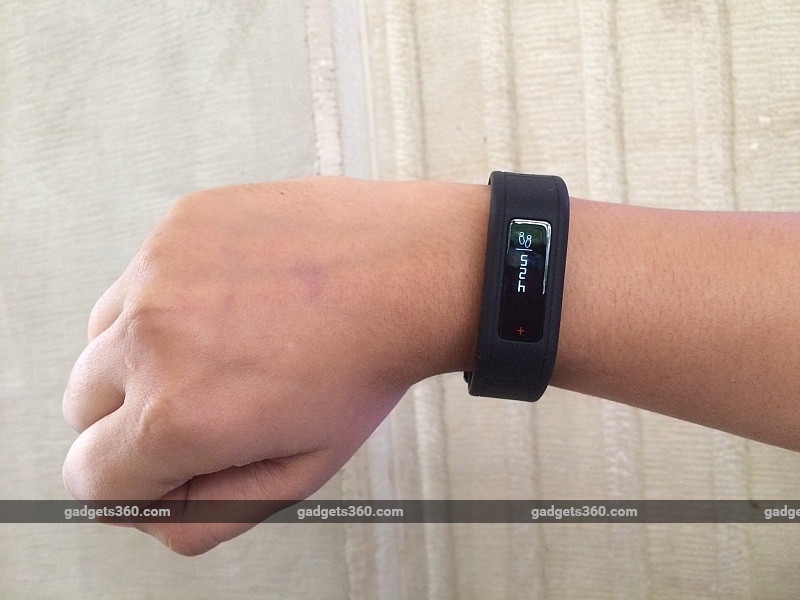 Indian fitness wearables brand Goqii has launched a new iteration of its fitness band. The new band features a USB charging port, which means that you can charge it simply by plugging it into a laptop, and automatic sleep tracking. Goqii doesn't sell its fitness bands, but it offers for free alongside its subscription service. The company has slashed the price of its service to Rs. 1,999 for three months, Rs. 2,999 for six months, and Rs. 3,999 for 12 months.

Goqii customers with the new bands will also be able to make payments via NFC. This feature is currently available only for Axis Bank account holders. RBI regulations limit transactions to Rs. 2,000 in one go, and up to five transactions per day, putting the total transaction limit at Rs. 10,000 per day. This also needs an NFC-enabled POS (point of sale) terminals and Axis Bank claims that there are 105,000 of these across India. Goqii CEO Vishal Gondal said its customers will earn reward points for steps taken and will be able to exchange these for real-world goods.

Most other changes announced at the event held in Mumbai were related to the Goqii app. The app now allows Goqii customers access to a doctor as well, and lets them carry out a health risk assessment. This, the company says, is factored in when the app sets fitness goals for users.

Goqii has tied up with health diagnostics firm Thyrocare and claims that the company will allow people to see their diagnostics data from Thyrocare directly in the Goqii app. Another collaboration the company announced was with Max Healthcare, where doctors at Max hospitals will have easy access to your Goqii data.

Existing Goqii customers will be able to upgrade to the new Goqii band for a small fee. Goqii CEO Vishal Gondal announced that the company will unveil a variant of the band with a heart rate sensor later this year.
Comments

Apple Music Out of Beta on Android; Gets Equaliser Settings and More
Vodafone Gains Most From Mobile Number Portability; RCom Biggest Loser: Sinha