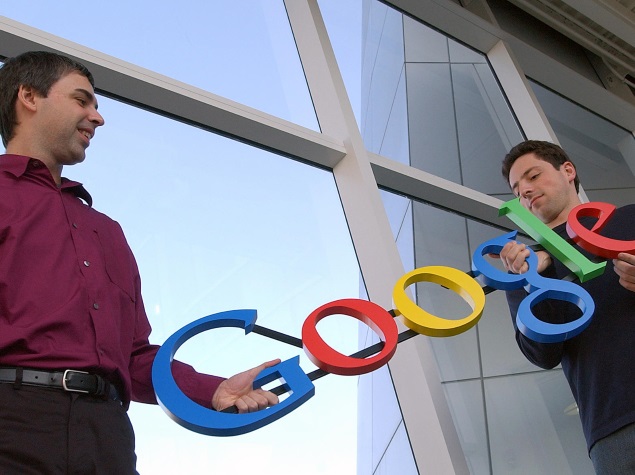 Google Inc plans to keep making ambitious and costly bets on futuristic products, even if it means shelving some of its most beloved projects.

The Internet search company acknowledged for the first time on Thursday major problems with its Google Glass wearable computer, noting that it was time for a "pause" and a strategy "reset."

The comments by Chief Financial Officer Patrick Pichette during Thursday's quarterly results conference call struck a decidedly different tone from Google's talk earlier this month of Glass "graduating" from the company's labs into a separate division.

Pichette's admission of Glass' failings was particularly noteworthy given that the product has been long championed by Google co-founder Sergey Brin.

"They're trying to make the point that they're investing in areas that produce results," said Colin Gillis, a BGC Partners analyst.

When Google co-founder Larry Page returned to the chief executive role in 2011 he undertook a series of "spring cleanings," publicly pulling the plug on underperforming projects such as online encyclopedia Knol and a service that let consumers monitor their home energy consumption.

Under Page's tenure, Google is spending big on a variety of projects such as self-driving cars, solar-powered balloons that deliver Internet access, robotics and healthcare. Many of these projects are unlikely to deliver a payoff for years, if at all.

CFO Pichette made it clear on Thursday that the 18 percent revenue growth from Google's websites during the fourth quarter gives the company "license" to continue investing in long-term projects.

But he cited the differing fates of two high-profile projects to show Wall Street that Google remained disciplined in its spending.

Google Fiber, a high-speed Internet access service which launched in Kansas City in 2012, recently announced plans to expand to four additional cities - a sign of success.

Glass, by contrast, is a project that has not been able to "hit its hurdles" despite its great promise, Pichette explained. Google halted consumer sales of Glass earlier this month, but said it would continue to sell the product to businesses.

"Maybe that was the message they're giving, that even if it's one of our pet projects, we are not afraid to come out and just kill it," said B. Riley & Co analyst Sameet Sinha.