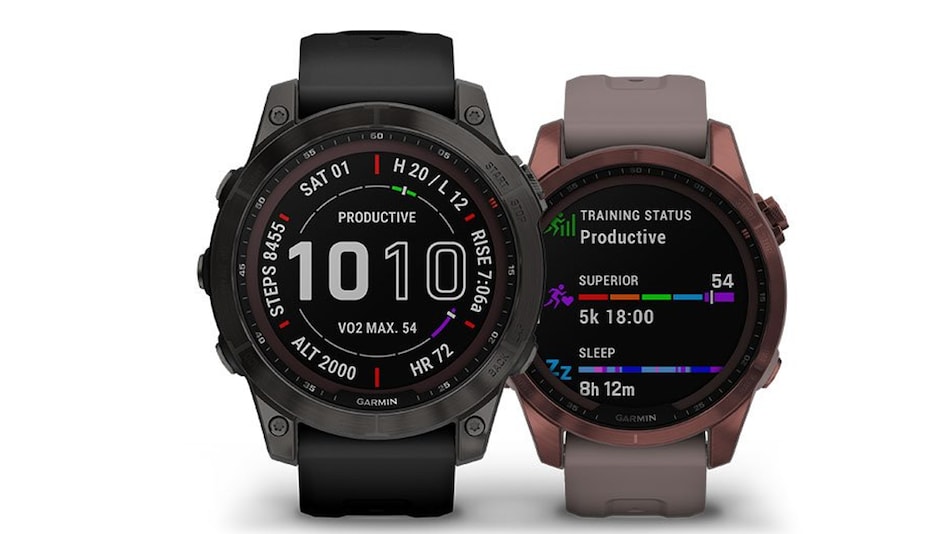 Garmin Fenix 7 series GPS smartwatches have been launched in the US, featuring touchscreens, colour displays and silicone straps. Like the previous Fenix models, the new series includes solar-enhanced models, and the smartwatches come in three models - Garmin Fenix 7, Garmin Fenix 7S, and the premium Garmin Fenix 7X. The premium model in the series - Fenix 7X - is said to deliver a battery life of up to five weeks in smartwatch mode and up to five days in GPS mode. The wearables have a 10ATM water resistance certification as well. The new smartwatch range is designed to let users track activities including mountain biking, skiing, kayaking, snowboarding, rowing, and more. Garmin Fenix 7 series also have health and wellness tracking features including Realm-Time Stamina, wrist-based heart rate, respiration, sleep tracking, and stress tracking.

The new flagship smartwatches are built from materials like titanium and sapphire, with silicone straps. Garmin Fenix 7 series smartwatches pack a 5-button interface along with a touchscreen. The wearables have multi-LED flashlights as well.

Apart from the golf courses and surf, snow features, Garmin has added a bunch of new features in the Garmin Fenix 7 series. Garmin has introduced the Real-Time Stamina tool in the new set of wearables that allows athletes to monitor and track exertion levels during activities.

Visual Race Predictor is another new tool that evaluates the progress of training based on the running history and overall fitness.

Recovery Time Advisor is a new health-related feature provided by Garmin in the new Garmin Fenix 7 series smartwatches. It analyses the intensity of training and stress, daily activity, and sleep to calculate the amount of rest needed to recover before another session begins. Daily Workout Suggestions give recommendations for workouts based on the current training load and fitness level.

Garmin Fenix 7 series support streaming from Spotify, Amazon Music and Deezer. Users can find new apps through the connect IQ Store On Device and install them over Wi-Fi directly from the watch.