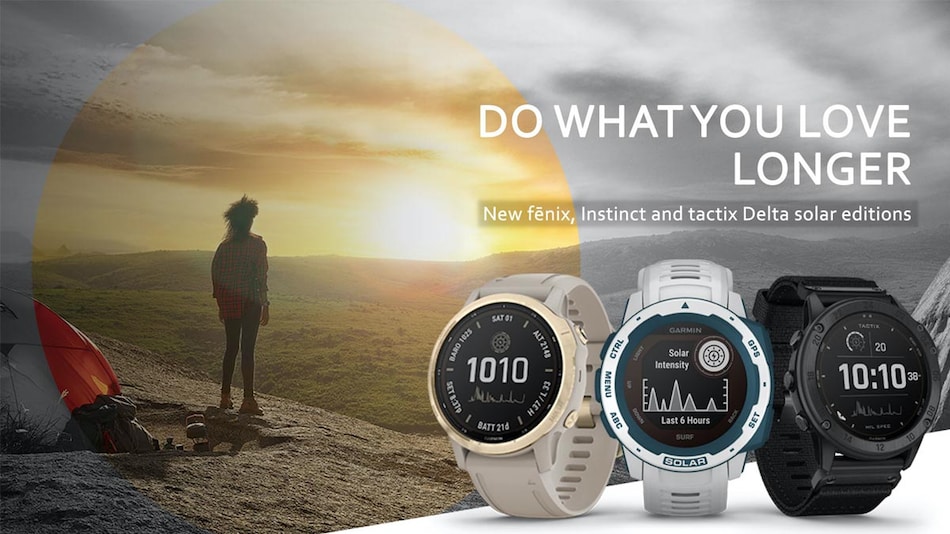 Garmin has launched Solar Editions for its Instinct, Fenix 6, and Tactix Delta Series

Both these watches also get some new features. These are capable of tracking surfing, mountain biking and indoor climbing. The Fenix 6 series solar editions also include Advanced Sleep Monitoring which gives a detailed sleep breakdown of a user's light, deep and REM sleep stages along with respiration tracking during sleep. The Fenix 6 series also has an Acclimation Widget that tracks current elevation along with pulse oxygenation and is able to tell how well you are breathing at the current altitude.