Garmin Fenix 6 series include the solar-powered Fenix 6X Pro Solar with a starting price of Rs. 94,990. 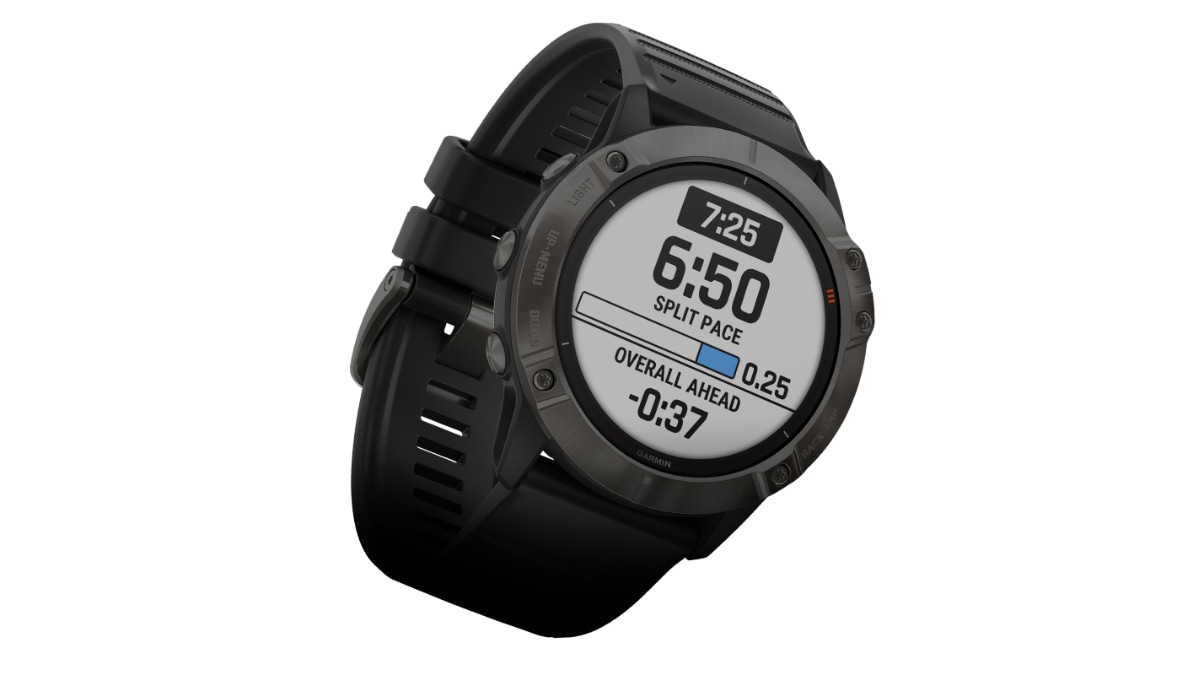 Garmin has launched its Fenix 6 series of rugged smartwatches in India. The new smartwatch range is designed to help users track activities such as mountain biking, golfing, trail running, hiking, hunting, and diving. Garmin has offered a PacePro technology to provide a pace-strategy to runners. The Fenix 6 smartwatches also have a Power Manager to deliver an efficient battery life. The range brings new Garmin smartwatch models, including the Garmin Fenix 6X Pro Solar that is the company's first solar-powered watch.

The PacePro feature that comes preloaded on the Garmin Fenix 6 series is touted to help runners keep their pacing strategy on track with grade-adjusted guidance. The proprietary feature allows runners to create plans directly from the Garmin smartwatch or using the Garmin Connect or Garmin Connect Mobile. Further, it provides users with target split pace, actual split pace, distance to the next split, and how much time they are ahead/behind on their target, all on the watch face.

In addition to the PacePro, the Garmin Fenix 6 series includes TopoActive Europe maps for outdoor adventures, ski maps for over 2,000 ski resorts worldwide, and 41,000 golf courses. The smartwatches also have onboard storage to store up to 2,000 songs and sync playlists from several music services.

Garmin has also provided a customisable Power Manager to let users tweak settings and sensors to enhance battery life. Additionally, the Fenix 6 series with features including built-in activity profiles, and VO2 max estimates and training status with adjustments for heat and altitude. The smartwatches also include built-in heart rate sensor for swimming and Pulse Ox blood oxygen saturation. Further, there is a Body Battery feature to let users see their body's energy levels.

All models in the Fenix 6 series include Garmin Pay. Similar to other smartwatches, users can receive alerts on the wrist for incoming calls, texts, and emails among others.

The Garmin Fenix 6 series will go on sale through online platforms such as Amazon.in, Flipkart, Paytm Mall, and Tata Cliq. The smartwatches will also be available through offline stores including Helios Watch Stores, Johnson Watch, Samay Watches, and Go Sport among others.