Garmin Cyber-Attack: More Details Emerge as Services Yet to Be Restored

Several Garmin services were crippled in the attack, including Garmin Connect for fitness activities and FlyGarmin navigation for pilots. 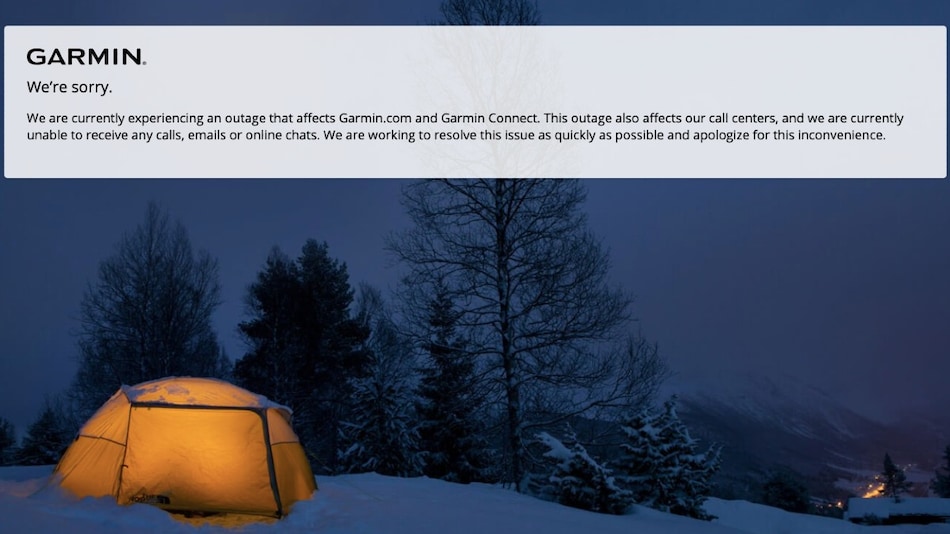 The GPS device maker Garmin acknowledged Monday being victimised by a cyberattack last week that encrypted some of its systems, knocking its fitness tracking and pilot navigation services offline. It said systems would be fully restored in the next few days.

In an online statement, the company did not specify that it was the target of a ransomware attack, in which hackers infiltrate a company's network and use encryption to scramble data until payment is received. But a person familiar with the incident response told The Associated Press the attackers had turned over decryption keys that would allow Garmin to unlock the data scrambled in the attack. The person spoke on condition they not be further identified.

The attack crippled company services including Garmin Connect, which is popular with runners and cyclists for tracking workouts, and the FlyGarmin navigation service for pilots. A Garmin spokesperson said the company had no comment beyond its statement.

The online cybersecurity news site BleepingComputer identified the malware as WastedLocker, which various security firms have attributed to the Russian cybercriminal gang Evil Corp. The US government announced in December that it was freezing the assets of members of the group.

Olathe, Kansas-based Garmin said Monday that, in addition to GPS-based services, customer support and company communications were also interrupted by the July 23 attack.

“We have no indication that any customer data, including payment information from Garmin Pay, was accessed, lost or stolen,” Garmin said in its statement. The attack also didn't affect the functionality of any of its products, which include fitness watches, it added.

Ransomware is a growing threat and experts say it will only get worse if victims keep paying ransoms. In the US last year, ransomware attacks on state and local governments, healthcare providers and educational institutions alone caused an estimated $7.5 billion (roughly Rs. 56,071 crores) in damage, according to the cybersecurity firm Emsisoft.