Fitness Trackers May Misguide You About Calories Burnt: Study 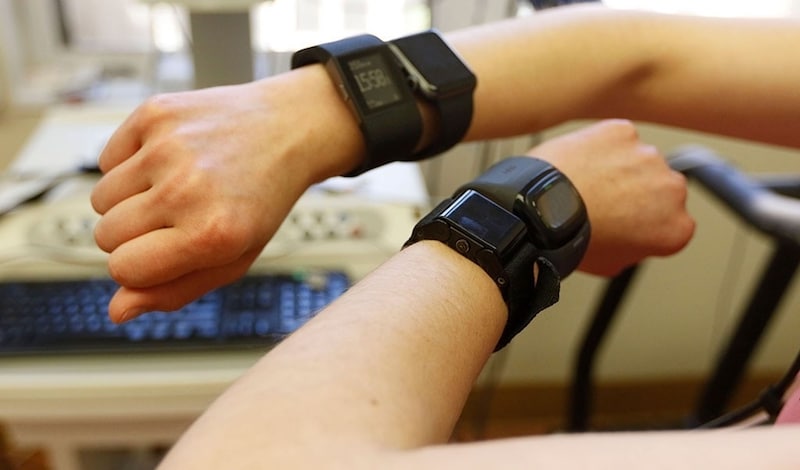 Your fitness tracker may accurately measure the heart rate but may misguide you on the number of calories you burnt, researchers say.

Sixty volunteers, including 31 women, wore the seven devices while walking or running on treadmills or using stationary bicycles. Each volunteer's heart was measured with a medical-grade electrocardiograph.

Results from the wearable devices were then compared with a medical-grade electrocardiograph - the "gold standard" for measuring heart rate.

"The heart rate measurements performed far better than we expected, but the energy expenditure measures were way off the mark. The magnitude of just how bad they were surprised me," said Euan Ashley, Professor at Stanford University.

As these devices are not up to the same standards as medical-grade devices, it's hard for doctors to know what to make of heart-rate data and other data from a patient's wearable device, Ashley said.

The findings were published in the Journal of Personalized Medicine.

Although manufacturers test the accuracy of activity devices extensively, it's hard for consumers to know how accurate such information is or the process that the manufacturers used in testing the devices.

The take-home message is that a user can pretty much rely on a fitness tracker's heart rate measurements. But basing the number of doughnuts you eat on how many calories your device says you burned is a really bad idea, Ashley said.

LeEco Confirms Layoffs in the US, Cuts 325 Jobs