Fitbit Versa 3 and Fitbit Sense are expected to come with GPS support and water resistance. 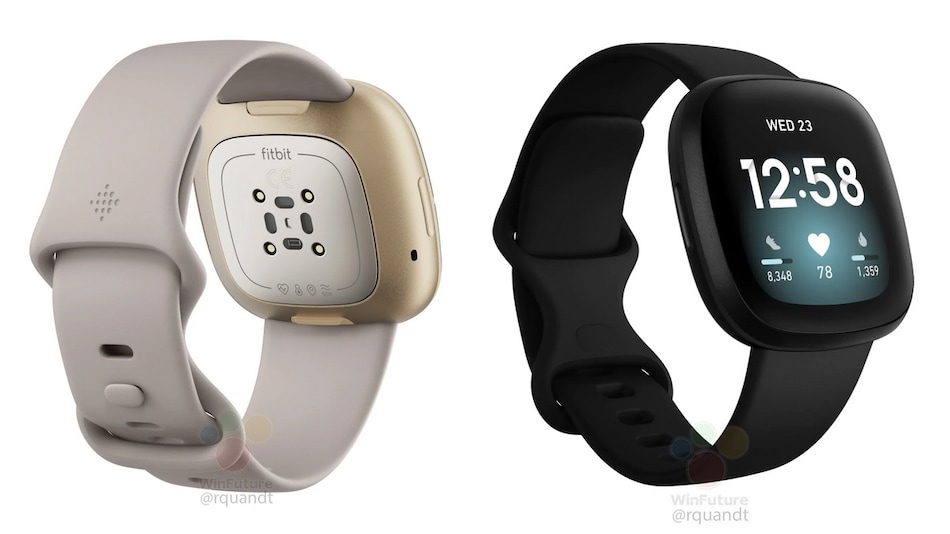 Fitbit Versa 3 and Fitbit Sense smartwatch models are expected to be unveiled later this year and now, images of the two have reportedly been leaked. The leaked images show some of the design changes that are said to be part of the upcoming smartwatch models. The images also hint at some of the specifications that can be expected from the Fitbit Versa 3 and Fitbit Sense. While Google's deal with Fitbit keeps getting delayed, the latter appears to be continuing with its product launches.

As per the set of images shared by WinFuture, Fitbit seems to have tweaked the button design on Versa 3 and Sense from the Fitbit Versa 2. The button on the previous generation smartwatch was more prominent, but it looks like the rumoured Fitbit Versa 3 has a more subtle button in the same location. A report by 9to5Google mentions that it is just a divot in the casing that could be a touch and/or pressure-sensitive area like the one found on the Fitbit Charge 3 and Charge 4.

In other news, the Google-Fitbit deal hit another snag as the European Union regulators opened an in-depth investigation into Google's plan to buy Fitbit.