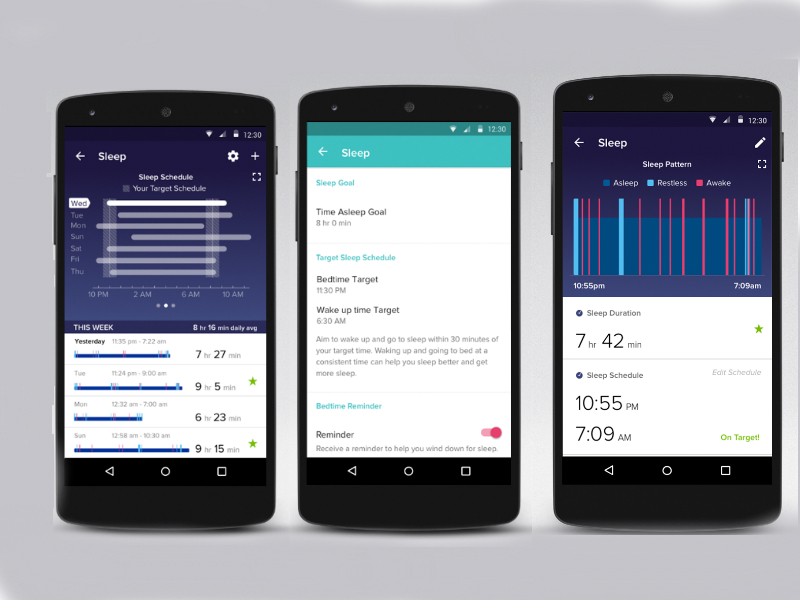 Fitbit has updated its app to introduce a new Sleep Schedule feature. The new feature helps users track sleep patterns better, get reminders for bedtime and wake up, and over time bring sleep consistency.

The new feature aims to establish a consistent sleep pattern in the user to improve overall mental and physical health. Sleep Schedule brings bedtime and wake up targets, and even pushes reminders urging users to sleep and wake up in time. The app will also maintain sleep charts history to gauge on the progress in building sleep consistency over time. The update also brings personalised revamped sleep goals based on sleep data. Users can set their sleep hours manually, or even follow sleep suggestions based on the app's recommendations.

Fitbit's Executive VP Tim Roberts asserts, "What's great about the new Fitbit Sleep Schedule feature is that it looks at your sleep data from your Fitbit device you're wearing day and night, analyzes it for patterns and creates a personalized schedule just for you."

Sleep tracking was already available on the app, but Sleep Schedule takes it up a notch. Fitbit collaborated with Johns Hopkins, Stanford University, and University of Arizona to introduce the new tool within the app.

The update is being rolled out over-the-air for Android, iOS, and Windows devices. It will work with all Fitbit devices that track sleep including Fitbit Surge, Fitbit Blaze, Fitbit Charge HR, Fitbit Alta, Fitbit Charge, Fitbit Flex, and Fitbit One.