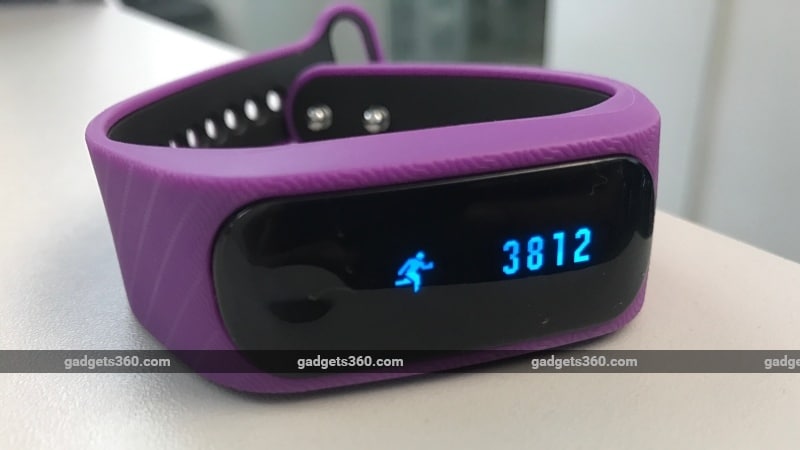 Fastrack, a brand owned by watchmaker Titan, launched a new activity tracker called Reflex in India on Monday. Fastrack Reflex can track activity and sleep data and it’s priced at Rs. 1,995. Fastrack makes watches for young people and the Reflex is no different. It is available in various colours and each of these variants have dual-colour bands. The outside of the band has one colour and the inside has a different one. The pricing of the Reflex also shows that the activity tracker has been targeted at youth.

Fastrack Reflex is compatible with both Android and iOS. It also shows notifications for phone calls and text messages, and features support for vibration alarms as well. If you’ve been inactive for a while, the tracker will remind you to leave your couch or desk and walk.

The company says Fastrack Reflex is splash resistant, which means you can’t wear it while taking a shower. The tracker can be charged using any USB adapter or USB ports on laptops or desktop PCs.

This puts the Fastrack Reflex in competition with the Xiaomi Mi Band 2, which is one of the best activity trackers in that price range. The Mi Band 2 has a passive heart rate sensor which the Fastrack Reflex does not, but that’s unlikely to be a deal-breaker for those who want activity trackers. A passive heart rate sensor doesn’t continuously monitor your heart rate, which makes it less useful.

Fastrack Reflex will be available primarily in offline stores. The company said these activity trackers can be purchased from Fastrack, World of Titan, and other retail stores in India.

In 2016, Titan had launched the Juxt Pro smartwatch, which had 1.3-inch IPS LCD display with a pixel density of 278ppi, and Corning Gorilla Glass 3. Titan had said the Juxt Pro is water resistant up to 30 metres.