Facebook has revealed that the glasses-like prototype VR headset with a display measuring 8.9mm thick. 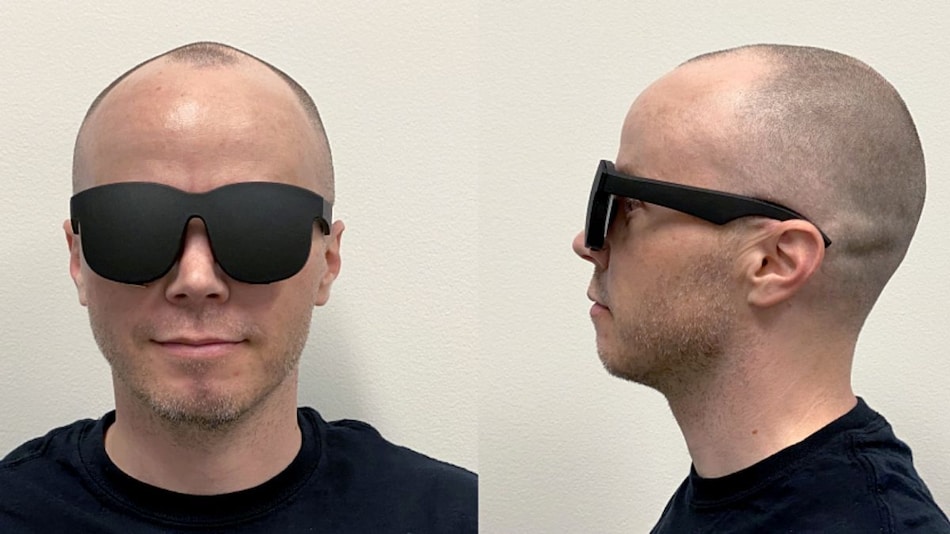 The VR headset replaces the refractive lens with holographic optics

Facebook is trying to make VR glasses thinner and more "socially acceptable." The company in a new research paper has revealed its glasses-like prototype virtual reality (VR) headset with a display measuring 8.9mm in thickness, which is about the same as a regular smartphone. The social media giant says that one way to achieve "sunglasses"-like VR headsets, is by replacing the refractive lens with holographic optics. It essentially means that the new optics will allow the light to reach human eyes in a smaller distance, unlike regular VR gear that require to be bulky to accommodate thick lens to change the angle of light from the display to our eyes.

The new optics will further help to keep the form factor and weight of the VR headset much lighter, the Facebook research paper highlights. The findings are explained in the research paper led by Facebook Reality Labs. The researchers note that to achieve thin, lightweight, and high-performance near-eye displays for virtual reality, they have combined "holographic optics, directional backlighting, laser illumination, and polarization-based optical folding."

"Current [VR] headsets still have box-like form factors and provide only a fraction of the resolution of the human eye. Emerging optical design techniques, such as polarization-based optical folding, or 'pancake' optics, promise to improve performance while reducing size." the research notes.

Pancake optics essentially bounce light back and forth inside a lens before reaching the human eyes. This effectively increases the distance between the display panel and focusing optic without increasing physical size. The research states that it allows the focusing optics to be placed physically close to the display panel, "while virtually acting as if they were much further away, providing a tremendous advantage in compactness."

The researchers pointed out that there are several limitations with the sunglasses-like prototype VR headset, therefore indicating its launch is still years away. Currently, the prototype outputs in monochrome, and it is yet to achieve a full-colour display.

Similarly, the headset will have to address challenges like battery life, device connections, and so on.