Experience Tennis as Roger Federer Sees It, Thanks to Google Glass 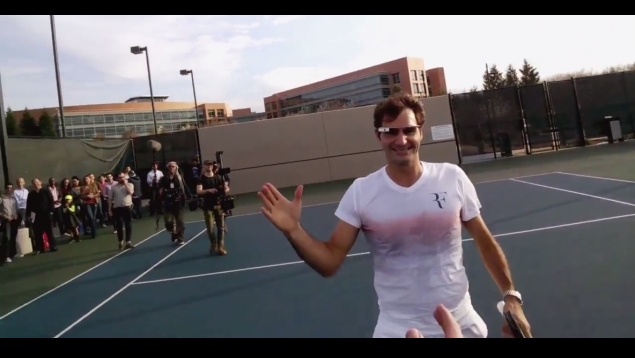 While one can use Google Glass to shoot video, doing so while playing a game of tennis isn't such a great idea. The latest celebrity to endorse Glass, Google's wearable computer, is none other than Swiss tennis player Roger Federer. He wore Google Glass during a training session and resulting video footage is shaky, as expected.


The video, which Federer posted on his YouTube page, also features footage shot from the sidelines, which shows him playing with the augmented reality glasses on and signing autographs after the game.

While the video does highlight the potential appeal of Google Glass as a camera for shooting sports video, Google will have to figure out a way to stabilise the video to make it viewer-friendly. This is just one of the many interesting uses of the wearable device.

Earlier in May, Google bought visual translation startup Quest Visual, whose app Word Lens lets users take a picture of text around them and translate it in real time.

More such interesting features may be implemented in the successor to Google Glass, thought to be called Google Glass 2, which is reportedly under development. The last major update to Glassware, the software used for Google Glass, added several apps, including Word Lens, to the wearable device's catalogue.

Google Glass competitors are likely to flood the market soon, with Epson already having announced a similar wearable device. Samsung is reportedly developing a Tizen-powered Glass rival too, which it may unveil along with the Galaxy Note 4 at IFA in Berlin later this year.
Comments