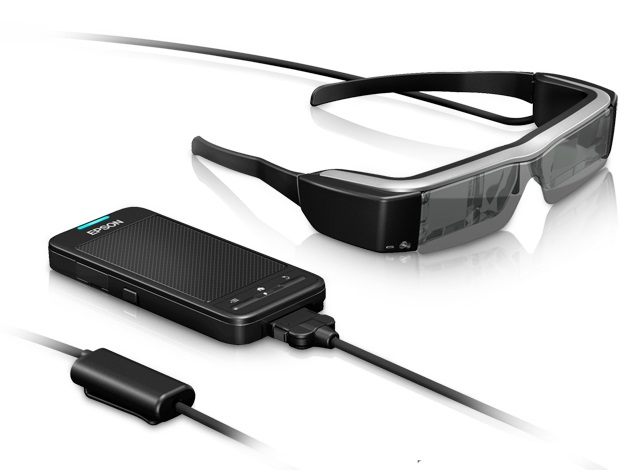 Further, the Moverio BT-200 glasses include a number of sensors such as an accelerometer, gyroscope, and magnetic compass for head-motion tracking and hands-free navigation. There is a front-facing camera for taking images and videos, while it also helps in augmented reality (AR) apps.

The Epson Moverio BT-200 comes with Wi-Fi, Bluetooth, built-in card slot (which supports up to 32GB microSD card), and Dolby Mobile surround sound. The company says rates that the new smart glasses can deliver up to six hours of battery life on a single charge.

Commenting on the announcement, Anna Jen, director, New Ventures/New Products for Epson America said, "Moverio BT-200 is Epson's second-generation smart glasses and incorporates much of the feedback provided by both the AR developer and end-user communities. With these improvements, Moverio BT-200 is poised to deliver an AR experience that will revolutionize workflow, training and repair in the enterprise environment."

The Epson Moverio BT-200 has been priced way below Google's controversial Internet-linked Glass eyewear which was available in the US at $1,500 to the general public for a limited period as a part of the company's Google Explorer programme in April. The Mountain View giant had later noted that its Google Glass eyewear was sold out within a day.

LG Launches Smart Fridge, Oven and Washing Machine You Can Chat With
Microsoft Makes it Easier to Share From OneDrive for Web, Android