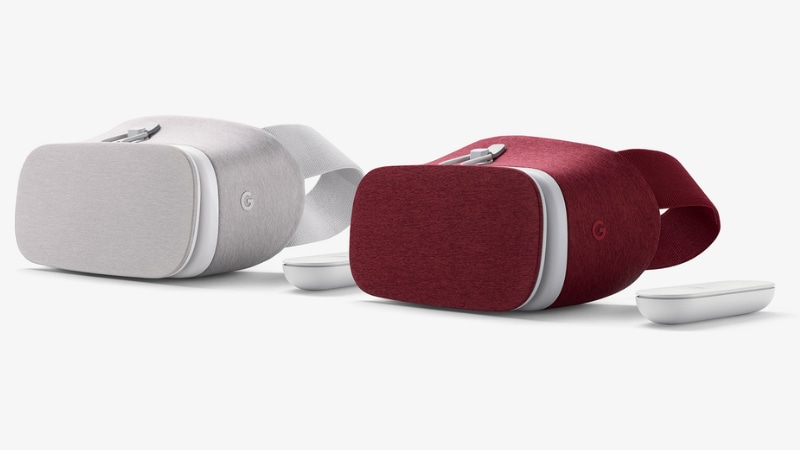 A month after the Google Daydream View VR headset first became available; the tech giant has launched two new colour variants in select markets. The Daydream View is now available in Crimson and Snow colour versions in the US, UK, and Australia. The new colours are available on the Google Store, and are expected to arrive at Verizon and Best Buy soon. In Europe, they will also be sold at EE and Carphone Warehouse in the future.

In addition, Google has also announced a set of new apps and games that now cater to its Daydream VR. The new games that are now available for Google's Daydream VR platform include Lego BrickHeadz Builder VR, Gunjack 2: End of Shift, Layers of Fear: Solitude, Wands, Underworld Overlord, and Need for Speed: No Limits VR.

There's also the addition of Netflix that will allow users to stream movies and series, including originals like House of Cards and Orange is the New Black on VR. There's also the addition of HBO Go, and HBO Now - which means Game of Thrones can be streamed on the virtual big screen. NextVR offers live 3D broadcast of NBA and NFL games, the US Open, the Daytona 500 and Live Nation concerts. The VR experience of a live concert/match would bring in the illusion of you being present at the venue.

As of now, Daydream View works only with the Google Pixel and Pixel XL smartphones.