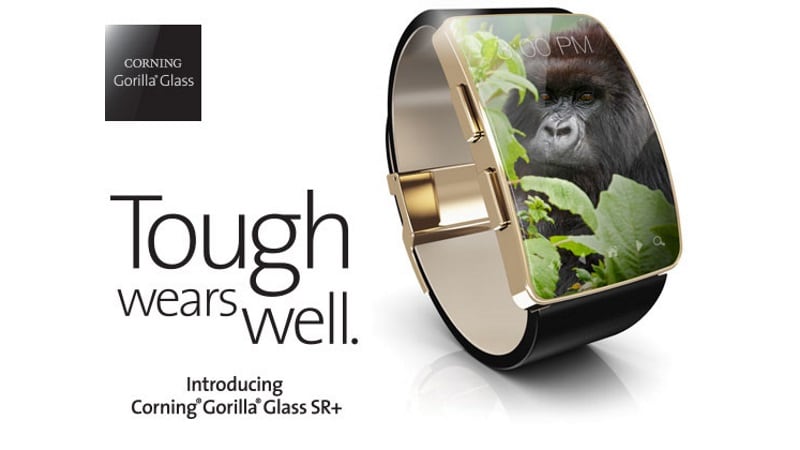 Glass manufacturer Corning started working on Project Phire roughly one-and-a-half years ago with the aim of developing a glass that carries impact protection of Gorilla Glass and scratch resistance associated with sapphire. On Tuesday, the company finally launched the outcome of this project, Gorilla Glass SR+ to be used for screen protection in wearable devices.

According to the company, Gorilla Glass SR+ not only provides up to 70 percent better damage resistance against impacts but also has 25 percent better surface reflection than its alternatives. These factors do make a strong case for the usage of glass in wearables as these devices have to constantly face circumstances where their ruggedness is put to test.

"To overcome the challenges facing the screens on these devices (wearables), Corning scientists developed a new glass composite engineered to better endure the bumps, knocks and scrapes wearables encounter while maintaining the optical clarity and touch sensitivity required for on-the-go connectivity.

The reduction in surface reflection enables longer battery life and improved outdoor readability, the company said. In an infographic provided by the company, it claims that SR+ offers better scratch resistance than Gorilla Glass 4 and 5.

Gorilla Glass SR+ is already available commercially and is expected to be seen on products from leading global brands later this year, Corning said in its release.

"Corning Gorilla Glass SR+ delivers a superior combination of properties that is not available in any other material today - it is in a class of its own," Corning's Innovation Products Director Scott Forester was quoted as saying in the release.

Interestingly, the scratch resistance on Corning's Gorilla Glass 5 came under scrutiny recently as Galaxy Note 7, the first device to come out with company's Gorilla Glass 5 protection, was reportedly easily scratched by a metal pick that rates 3 on Mohs scale of hardness during a video test by a YouTuber.