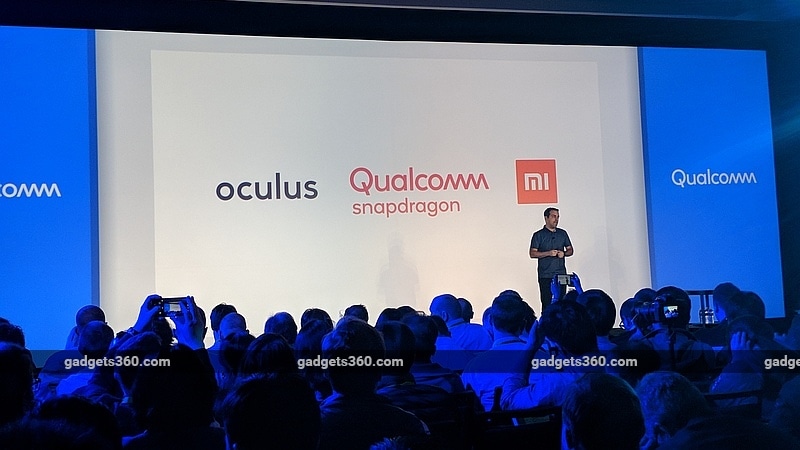 Facebook's Oculus said on Monday it is partnering with Chinese phone maker Xiaomi to make its new standalone virtual reality headset - Oculus Go and also revealed that it will launch a version of the product exclusively for the Chinese market. The two made the announcement during Qualcomm's keynote address at CES 2018 on Monday.

Oculus said Xiaomi would be its hardware partner for the new Oculus Go headset, announced last October, and would also make the China-specific Mi VR Standalone using Oculus technology. The Oculus Go is set to release in early 2018, starting at a price of $199 (roughly Rs. 12,600).

The company also said it is working closely with Qualcomm and would use the company's Snapdragon 821 chipsets to power the mobile VR headsets. Social networking giant Facebook acquired Oculus in 2014.

Also announced at the trade show were an expansion of capabilities and product applications for the Qualcomm Mesh Networking Platform and Reference Design, as well as wider support for the Qualcomm Smart Audio Platform, including support for Google Assistant, Android Things, Google Cast, and more. Finally, the chipmaker announced developments in the automotive space, saying it was working with Jaguar Land Rover as well as Honda to use the Snapdragon Automotive Platform in their future vehicles.