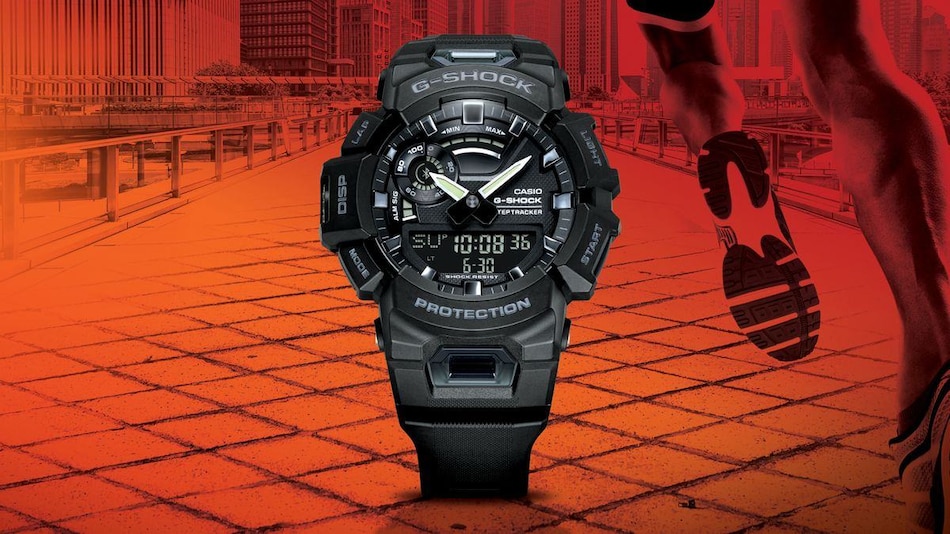 Casio G-Shock GBA900, the latest fitness-focused watch in the company's G-Shock Move lineup, was launched late last week. The new G-Shock watch from Casio is also one of its cheapest fitness-tracking band. The Casio GBA900 has a mix of analogue and digital display and is a successor to the Casio's GBD100 fitness tracking watch from G-Shock. The GBA900 helps track the running speed, distance, pace, and calorie consumption through its accelerometer and Bluetooth compatibility. The fitness watch is currently releasing in the US and there is no information when it will reach the Indian market.

The new fitness watch from Casio is the latest and one of the cheapest offerings in Casio's Move lineup of fitness watches. As mentioned, it comes equipped with an accelerometer and is Bluetooth compatible that can measure running speed, distance, pace, and calorie consumption of the user. The GBA900 can automatically record daily movements and other parameters using the Bluetooth connectivity and through Casio's G-Shock Move app.

Design-wise it sports a round dial with an analogue as well as an LCD display. The analogue display solely displays the time while the LCD display provides other essential information. The lugs feature ventilation ports and the G-Shock GBA900 features soft urethane wristbands with multiple holes for better comfort.