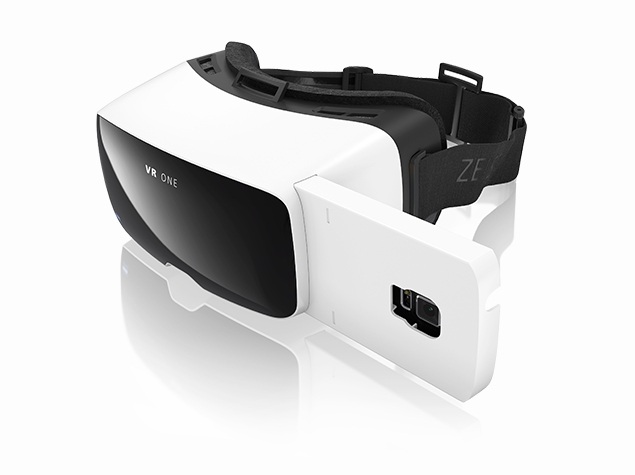 Carl Zeiss, a company primarily known for optics, announced its entry into the virtual reality headset market by introducing the VR One. Based on the same idea as the Oculus Rift and the Samsung Gear VR device, the VR One sells at much a lower price tag and can use any smartphone for viewing images and videos in 3D.

The company says that its VR One can support smartphones which have a screen size between 4.7-inch to 5.2-inch, although a special tray would have to be purchased separately for each new device.

While the Zeiss VR One headset is available for global pre-orders from the official website for iPhone 6 and Samsung Galaxy S5 users for $99, the special tray for both the handsets is sold separately at $9.90. More trays for other smartphones will arrive in the future.

Those who pre-order the Zeiss VR One will receive the device in December. The wider release of the headgear will take place in 2015. Notably, the rival Samsung Gear VR is also being tipped for a December 1 release. While Samsung itself has not detailed an official price, a UK retailer has listed the VR headset for pre-order at $249 (roughly Rs. 15,100).

The Zeiss VR One uses internal tracking by smartphone sensors for motion tracking, and features an approximately 100-degree field of view. The front-panel is being termed as a 'see-through front shield', using the smartphone's cameras to deliver outside view or power augmented reality apps. Available in only Black and White colour combination colour, VR One users can control their smartphones while using the head-worn device by tapping on the right and left side of the headgear.

The company adds that the wearing of eyeglasses is possible with the Zeiss VR One. There are also openings to access the smartphone audio and charging connectors, and ventilation openings to ease airflow and avoid fogging of lenses.

The VR One's open source SDK (based on Unity 3D) and documentation has also been available for Android and iOS developers. Also, the device will include a 'Multimedia app' and an 'Augmented Reality app', called VR One Media and VR One AR respectively, which will be made available on the App Store and Google Play. The VR One Media app lets users view YouTube videos, movies and images in 3D. The AR app is specially made to "motivate you as a developer" says the company page.

Google in June, also teased a small project called 'Cardboard', which is an inexpensive VR headset, and more like a proof of the concept. Google distributed Cardboard to all I/O attendees and also posted DIY instructions for people to make their own version of the headset using cardboard, lenses, magnets, velcro, rubber band, and (optionally) an NFC tag.