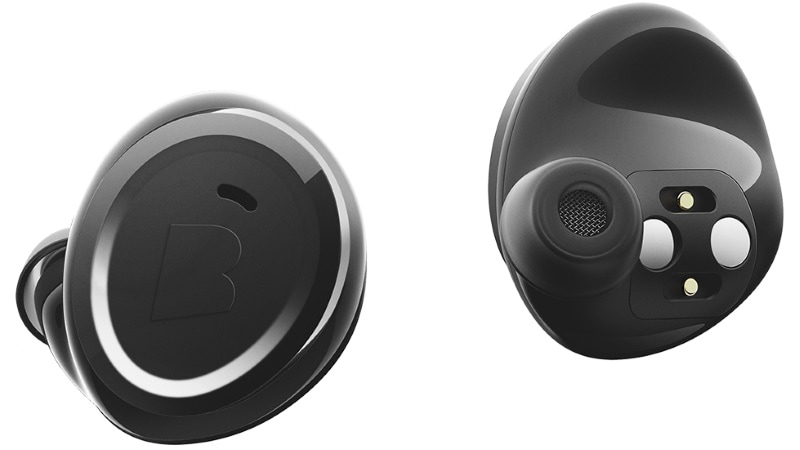 Bragi, the Kickstarter-launched company behind world's first wireless smart 'hearable', has announced that it is finally shipping 'The Headphone' wireless earbuds. The German audio company announced its wireless earbuds back in September last year after putting all the rumours about its Apple partnership to rest. The company's latest wireless earbuds Headphone is priced at $149 (roughly Rs. 10,200) and can be ordered immediately.

Last year, Bragi was in news for a reason that was loosely related to its new wireless headphones. There were rumours that Bragi is making some Apple related announcement because of the timing of their product launches, but Bragi quashed all rumours by launching 'The Headphones' ahead of the launch of iPhone 7. It was announced for a price of $149 and was supposed to ship in November, however, that didn't happen and the company stated a clear reason in an official announcement.

"Our goal had been to make sure The Headphone made it under the tree in time for Christmas for everyone who ordered before December 1. At the time, it looked like this would happen with days to spare. Now, we are afraid to report that this won't be the case." the company said in December along with an explanation that production issues had caused the delays and a Christmas greeting card for those who wished to gift The Headphones on the festival.

With its first product 'The Dash', Bragi created ripples in the 'hearable' industry with a reasonable price tag and The Headphone looks similar to them with less features. Noticeable changes in features compared to Dash include removal of on-board storage, the capability of the earbuds case to recharge them when they are kept inside it, and the fitness tracking feature. Exclusion of these features justifies the price of The Headphone at $149 as compared to that of the $299 Dash.

The Headphone features voice calls with Voice Transparency, and uses the paired smartphone's voice assistant. The company claims that The Headphone is capable of maintaining a more steady Bluetooth connection compared to The Dash. It is designed to support fitness tracking, heart rate monitoring, gesture controls as well. The wireless Headphone can be controlled using a smartphone Bragi app on iOS, Android and Windows mobile platforms. Furthermore, being the ripped-down version of The Dash, the battery on this new pair of wireless earbuds is said to last up to 6 hours, which is almost double the battery life you get on Dash despite it having the same 100mAh capacity.

Bragi is shipping The Headphone immediately on its website in Black colour with an estimated delivery time within two weeks.