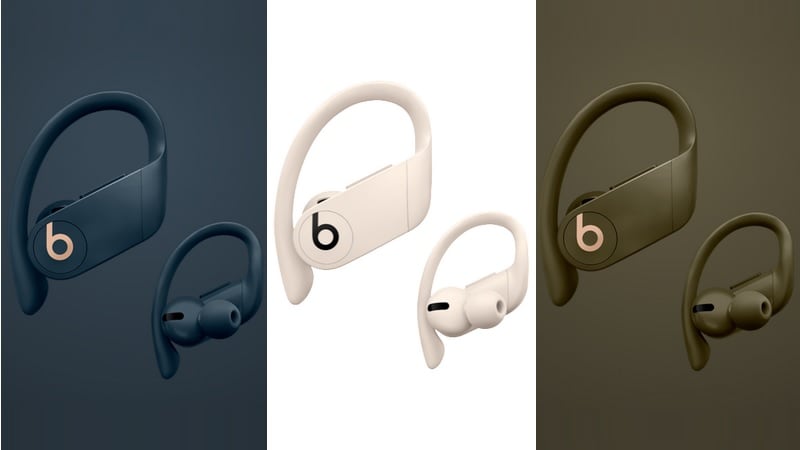 Beats Powerbeats Pro true wireless earbuds have been launched by Apple's Beats division. Merely a few weeks after the launch of AirPods 2, the Beats Powerbeats Pro has made their debut as an alternative for folks who seek better audio output and more sports-oriented design than the new generation AirPods. The Beats Powerbeats Pro earphones are claimed to provide a battery life of 9 hours and are sweat and water resistant, complete with an ergonomic design that provides a more secure and comfortable fit at the same time.

The images of Beats Powerbeats Pro were recently spotted in iOS 12.2 prior to the official launch. The true wireless earbuds from Beats are priced at $249.95 (around Rs. 17,000) and their status is currently listed as “Coming soon” on the official BeatsbyDre website, but there is no official word on their market availability. The Beats Powerbeats Pro comes in Ivory, Black, Moss and Navy colours.

The new Beats wireless earbuds are claimed to provide better sound quality with superior noise isolation and come with support for Class 1 Bluetooth connectivity. The Beats Powerbeats Pro comes equipped with Apple's H1 chip and comes with support for “Hey Siri” voice commands, a trait shared with the latest generation AirPods. The device is claimed to last 9 hours on a single charge and comes with a charging case that features a Lightning port. A major difference between the new Beats wearable and the AirPods 2 is that the Beats Powerbeats Pro's case does not support Qi wireless charging.

Talking about charging, the Fast Fuel Charging feature is claimed to provide 1.5 hours of playback time with just 5 minutes of charge. The Beats PowerBeats Pro also features volume and track controls on each earbud, which means users can choose to play music on either of the earbuds. Moreover, they also come with sensors that automatically play and pause the music playback when the earbuds are put on or taken off. There are no details available as of now regarding the internals of the Beats Powerbeats Pro such as the drivers and decibel figures among others.