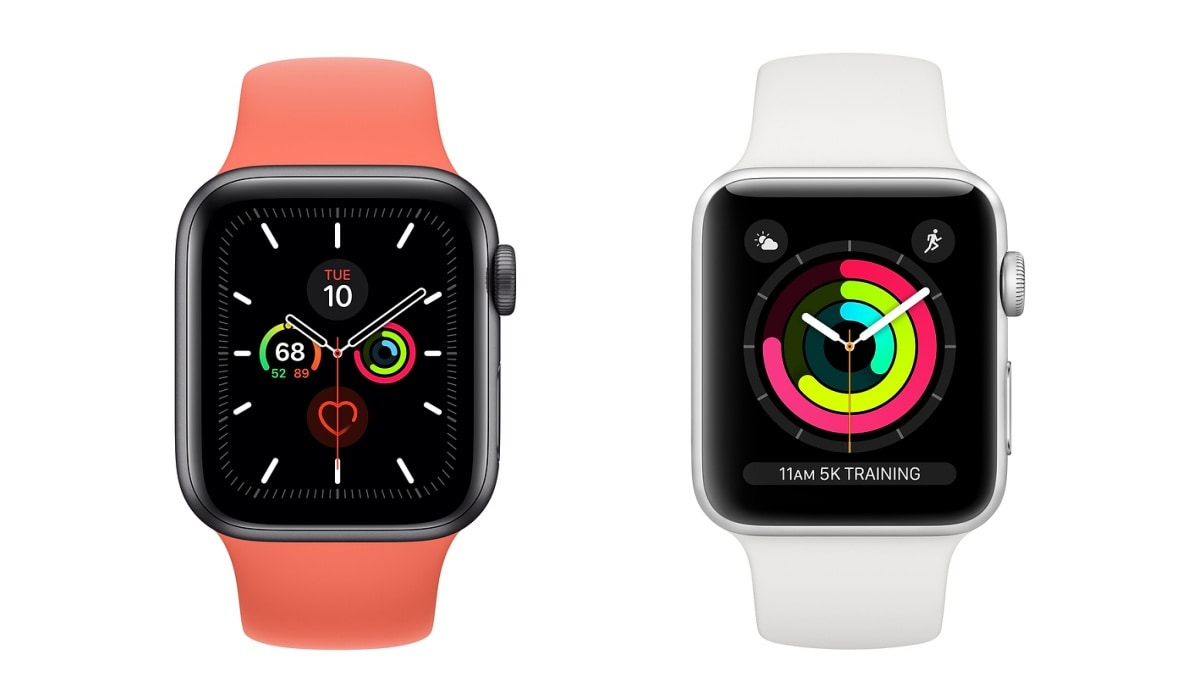 Apple Watch Series 3 is offered in 38mm and 42mm case sizes as well as GPS and GPS + Cellular options. It features a second-generation OLED Retina display with Force Touch. The 38m model comes with a resolution of 272x340 pixels, whereas the 42mm model has a resolution of 312x390 pixels. The smartwatch is powered by a dual-core processor and packs W2 wireless chip. Same as the Series 5, Series 3 is also capable of delivering 18 hours of battery life on a single charge. Other key specifications include Wi-Fi 802.11 b/g/n, Bluetooth 4.2, and GPS/ GLONASS/ Galileo/ QZSS. Additionally, the smartwatch includes a barometric altimeter, an accelerometer, ambient light sensor, and heart rate sensor.