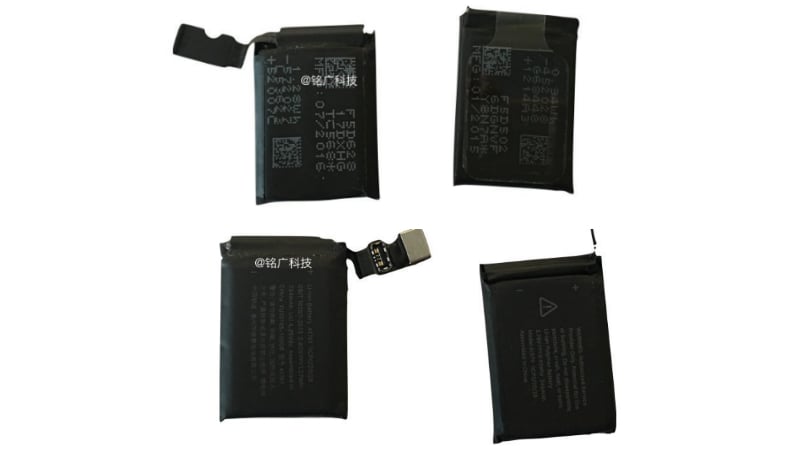 Apple has finally sent out media invites for an event on September 7, and the Cupertino giant is widely expected to launch the new iPhone smartphones and the Apple Watch successor. While the rumour mills are working overtime to shell out information on the iPhone 7, details on the Apple Watch 2 are comparatively scarce. But today, a fresh leak hints that the next-gen smartwatch will sport a larger battery.

A Weibo user has posted pictures of the new battery unit for the 42mm variant with a capacity of 1.28Whr or 334mAh, reports 9to5Mac. The original 42mm Apple Watch had a battery capacity of 246mAh, and that boils down to a 35 percent increase in battery life in the successor. The larger battery is to accommodate the new GPS support and the 16nm processor from TSMC.

Apart from a larger battery capacity, the Apple Watch 2 is separately said to be thinner than the current model, and is tipped to be more waterproof as well. Design-wise, there will be minimal changes. As mentioned, the new Apple Watch will be able to integrate GPS-based location tracking, and will also bring improvements in health tracking. It is adding a new app that will track breathing, and new watch faces which also give health summaries.

The Apple Watch 2 will be unveiled in two sizes - 38mm and 42mm - just like last year. The Cupertino giant is also expected to launch a cheaper Apple Watch variant with fewer features alongside. Just like the iPhone, Apple is saving all its big features for the tenth anniversary celebrations next year.