Apple is speculated to use six lenses as well as LiDAR and ToF sensors on its headset for enabling AR and VR applications. 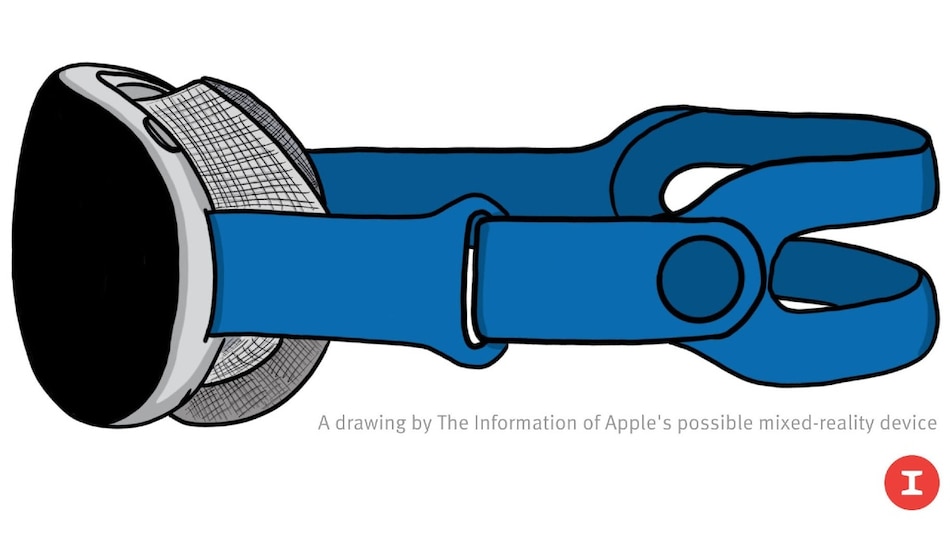 Apple's anticipated mixed-reality headset will come with a price tag of around $3,000 (roughly Rs. 2,19,000), according to a report. The headset, speculated to have a combination of virtual reality (VR) and augmented reality (AR), is expected to feature ultra-high-resolution 8K displays and swappable headbands. A render suggesting a late-stage prototype of the Apple headset has also been shared online. Although Apple hasn't yet announced any plans for its headset, it has been in the rumours for quite some time. A technology analyst at JPMorgan Chase Securities has predicted that it could become a reality as early as the first quarter of 2022.

The mixed-reality headset by Apple will come with an advanced eye-tracking technology, The Information reports, citing a person familiar with the development. The technology is may enable the headset to render images only on parts of the display where the user is looking. The headset is also reported to have “more than a dozen of cameras” for tracking hand movements and showing the physical world to users, alongside overlaying virtual experiences. This is expected to enable both VR and mixed reality applications.

Apple is expected to use two 8K displays in the headset that would provide a superior experience over what one can get on a traditional VR/ AR headset.

The details provided by The Information corroborate what Bloomberg reported in the past. However, in addition to the hardware information, the publication has also shared a render that is allegedly based on “internal Apple images of a late-stage prototype from last year” to suggest the design of the headset. It shows a curved visor attached to the face, along with swappable headbands.

The Information reported that Apple told employees in 2019 that it hoped to ship its headset in 2022. The company is also working on a sleeker version of its first-generation headset aka Apple Glass, which are slated to debut sometime in 2023.

In addition to The Information's report, China Times reports that JPMorgan Chase Securities technology analyst Yang Weilun speculated the launch schedule of the Apple headset. The analyst reportedly said that the headset could arrive in the first quarter of 2022, while most of its components will be shipped in 2021. TSMC and Largan are expected to be amongst the seven Taiwanese supply chain partners for the Apple headset.

On the specifications front, JPMorgan Chase reportedly claimed that the headset would include six lenses as well as a LiDAR sensor and a time-of-flight (ToF) sensor. The inbuilt sensors are said to enhance user experience with AR and VR applications.