Android Wear Gets New Smartwatch Models, Ranging From $99 to $2,450 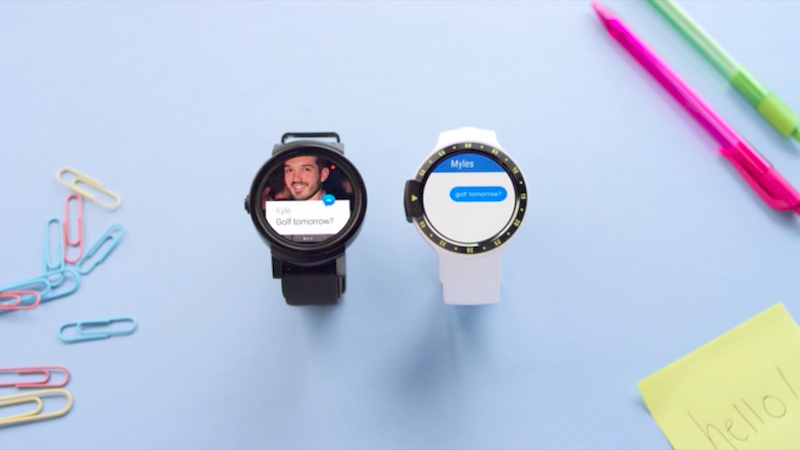 The smartwatch segment may not have seen the same craze as other technological innovations like the smartphone or the tablet, but that doesn't mean that there aren't companies investing in them. In fact, smartwatch sales have grown in recent times, and you have companies making them that range from low-end to the ultra luxury. Today, we have some new smartwatches that cover both ends of that spectrum.

From the lower end, Mobvoi, a Chinese voice assistant company, has launched two new smartwatches - Ticwatch S and Ticwatch E that are priced at $119 (roughly Rs. 7,600) and $99 (roughly Rs. 6,300), respectively as of now on Kickstarter. On the higher end of the ladder, we have luxury brand Louis Vuitton with its Tambour Horizon Android Wear smartwatch that starts at a handsome $2,450 (roughly Rs. 1,57,700).

Talking about Mobvoi first, the most notable thing about the two new models is that they run Android Wear rather than Mobvoi's own version of Android and voice assistant as was the case with the Ticwatch 2.

The difference between the two is mostly regarding the position of the GPS antenna which is built into the S model's band for better tracking, while it is built inside the watch body for the E, allowing for replaceable straps.

These smartwatches come with Android Wear 2.0, but Mobvoi has also included its own Android applications, for those who prefer to use the company's custom software over Google's. So, for those who don't want to use Google Fit, there is Mobvoi's Tic Fit software. The Ticwatch E is starts at $99 for "Super Early Bird" on Kickstarter but will retail at $159. The Ticwatch S starts at $119 but will retail for $199.

Moving over to Louis Vuitton's premium smartwatch, the Tambour Horizon is a reflection of the fashion brand's aesthetics when it comes to design. It is offered in three styles - stainless steel, brushed steel and black, with around 30 strap options each for men and women.

Specifications-wise, the Tambour Horizon sports a 1.3-inch 390x390 AMOLED display and is powered by Snapdragon 2100 coupled with 4GB of RAM and 512MB of inbuilt storage. It runs on Android Wear 2.0, which brings along with it improved interface, customised watch faces, Google Assistant, and Android Pay Support, among other things. However, the Tambour Horizon surprisingly does not come with a heart rate sensor.

Some notable features that makes this premium wearable stand out includes Vuitton's City Guide that helps you find food and interesting activities around you, and Flight, which updates you on your flight information. At $2,450 a piece, it will be interesting to see how many will take to the Tambour Horizon. For those looking for something a lot cheaper, there's always Mobvoi's latest.