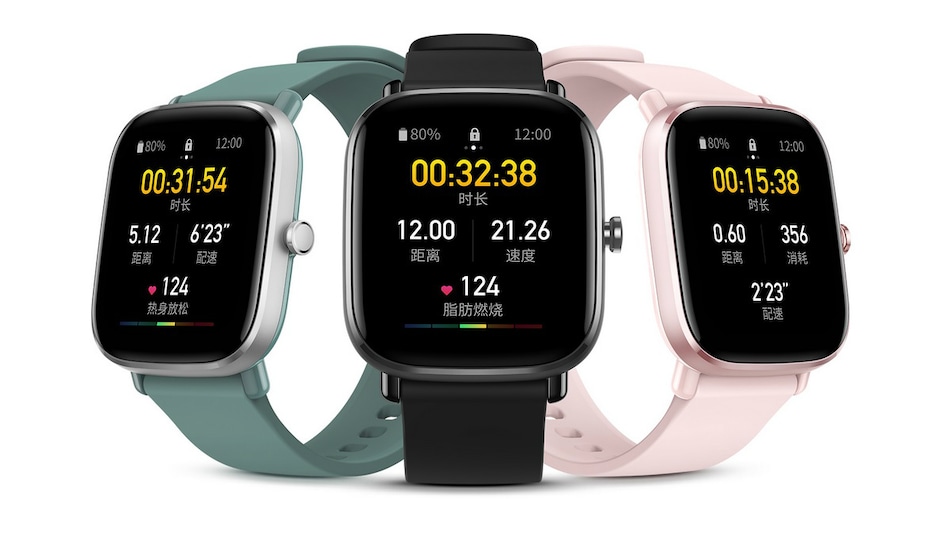 The Amazfit Pop Pro will go on sale in China from December 10
Photo Credit: Amazfit

The Amazfit GTS 2 mini features a 1.55-inch AMOLED display running at a resolution of 354x306 pixels, with 301ppi pixel density. It comes with an aluminium body, Bluetooth v5.0 for connectivity, GPS/GLONASS, and NFC. The smartwatch is rated 5ATM, which essentially means that it is water resistant up to 50m. Said to be compatible with Android and iOS smartphones, the wearable has a built-in microphone and comes bundled with Xiaomi's Xiao Ai voice assistant.

Other features in the Amazfit GTS 2 mini include BioTracker and 2 PPG for 24-hour heart rate and SpO2 monitoring. The smartwatch offers sleep tracking, activity tracking, and over 70 sports modes. The smartwatch comes with a 220mAh battery, which is claimed to offer up to 21 days of running time in “basic watch” mode.

The Amazfit Pop Pro features a 1.43-inch TFT touchscreen display running at a resolution of 320x302 pixels, with an anti-fingerprint coating. It comes with Bluetooth v5.0 and is said to be compatible with smartphones with Android 5.0 or above, as well as iOS 10 or above. Just like the Amazfit GTS 2 mini, it features water resistance up to 50m.

The Amazfit Pop Pro comes with GPS tracking and offers more than 60 sports modes. It also features an optical heart rate sensor and an SpO2 blood oxygen monitor. The smartwatch comes with a 225mAh battery that is claimed to offer up to nine days of running time.