Amazfit also launched PowerBuds and ZenBuds wireless earbuds, and even introduced the Amazon AirRun treadmill at CES in Las Vegas. 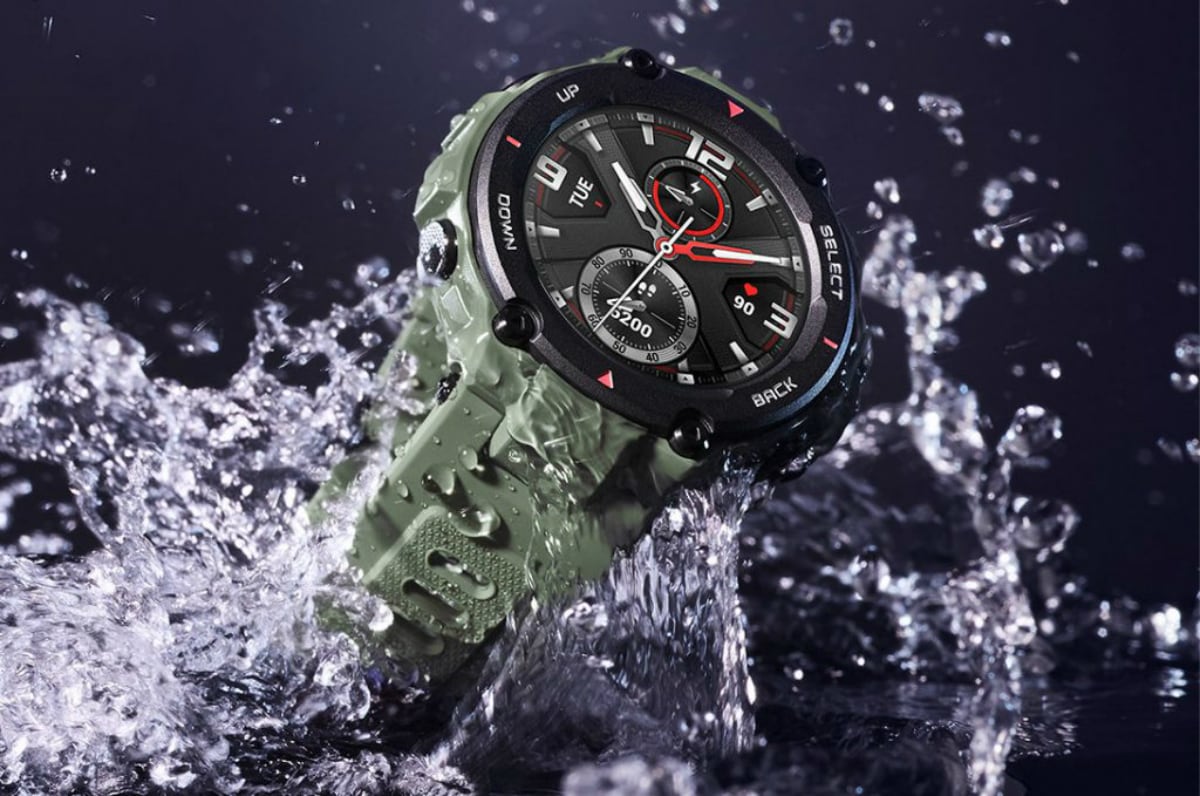 At CES 2020, Amazfit has launched Amazfit Bip S and the Amazfit T-Rex smartwaches. The Amazfit T-Rex is a rugged wearable with military-grade durability and a 1.3-inch AMOLED screen. The Amazfit Bip S, on the other hand, is touted to offer up to 40 days of battery life and also comes with built-in GPS for better tracking accuracy. The company even introduced the Amazfit PowerBuds at the event, and these wireless earbuds come with an inclined in-ear design, touch controls, and a heart rate monitor as well. Furthermore, the Amazfit ZenBuds and Amazfit Air Run treadmill were also unveiled.

Starting with the Amazfit T-Rex smartwatch, the rugged wearable has a round dial and is meant for the outdoors. It is MIL-STD-810G compliant and has passed 12 regulations on military grade testing. The wearable can withstand heat resistance of 70 degrees and cold of minus 40 degrees. The Amazfit T-Rex has a 1.3-inch (360x360 pixels) AMOLED display with Gorilla Glass 3 protection. Connectivity options on the watch include an optical heart rate sensor (PPG), 3-axis accelerator, geomagnetic sensor, and ambient light sensor. The watch is 5ATM water resistant which means it can sustain up to 50 meters of water depth.

The wearable supports Bluetooth v5.0, and comes with GPS + GLONASS support integrated. There's a 390mAh battery that is touted to last up to 20 days of average use, and 20 hours with GPS continuously on. The dimensions of the watch are 47.7x47.7x13.5mm, and it weighs about 58 grams. The Amazfit T-Rex has 14 sports modes and takes about two hours to fully charge. The wearable supports devices running on Android 5.0 and above and iOS 10 and above. The Amazfit T-Rex is priced at CNY 799 (roughly Rs.s 8,200) and is already on sale in China. The wearable has been launched in several colour options - Ash, Black, Camouflage, Green, and Khakhi. In the US, it is priced at $139.90 (roughly Rs. 10,100).

The wearable weighs only 30 grams and offers over 40 watch faces. It integrates the Huawei PAI analysis system, has in-built GPS + GLONASS, 10 sports modes, and offers music controls, call and message notifications, alarm clock, world clock, and more such features. The Amazfit Bip S is priced at $69.90 (roughly Rs. 5,000) and will be available from February 2020.

As mentioned, Amazfit also introduced new Amazfit PowerBuds at the event and they come with an inclined in-ear design for a firm fit. They has been launched in three colour options – Black, White, and Yellow – and have a dynamic 3D pattern and intuitive tap control features. These touch controls are customisable in nature and can be set to play music or answer calls. The earbuds are touted to offer eight hours of listening time on one charge, support heart rate monitoring that offers rapid heart rate alerts, be IP55 water and dust resistant, and integrate ENC for noise reduction during calls.

There's a new feature called sports sound system that offers advanced compound diaphragm, motion beat, Thru Mode that essentially amplifies ambient noise when necessary, and in-ear fitness notifications as well. The Amazfit PowerBuds have a 450mAh battery inside the charging case, support Bluetooth v5.0 for connectivity, and support devices running on Android 5.0 and above and iOS 10 and above. Amazfit PowerBuds are listed to be coming soon, and pricing and availability details haven't been announced at the event.

The new Amazfit ZenBuds are positioned to be smart sleep earbuds that offer soothing sounds and an auto-off functionality that recognises when the user has gone to sleep and powers off automatically. It comes with heart rate monitoring and sleep quality analysis features as well. The design helps in blocking noise, and is touted to be three times lighter than the AirPods Pro.

The AmazFit ZenBuds claims to offer 12 hours of battery life and eight hours of soothing sounds. The earbuds come in a single White colour option, and are listed to be coming soon.

Lastly, Amazfit also introduced the Amazfit AirRun treadmill that comes with a wide running track, surround sound customised JBL speakers in-built, heart rate monitoring features, varied running programs, and maintenance reminders. This treadmill is also listed to come soon, and pricing and availability is not known at the moment. It comes in a single