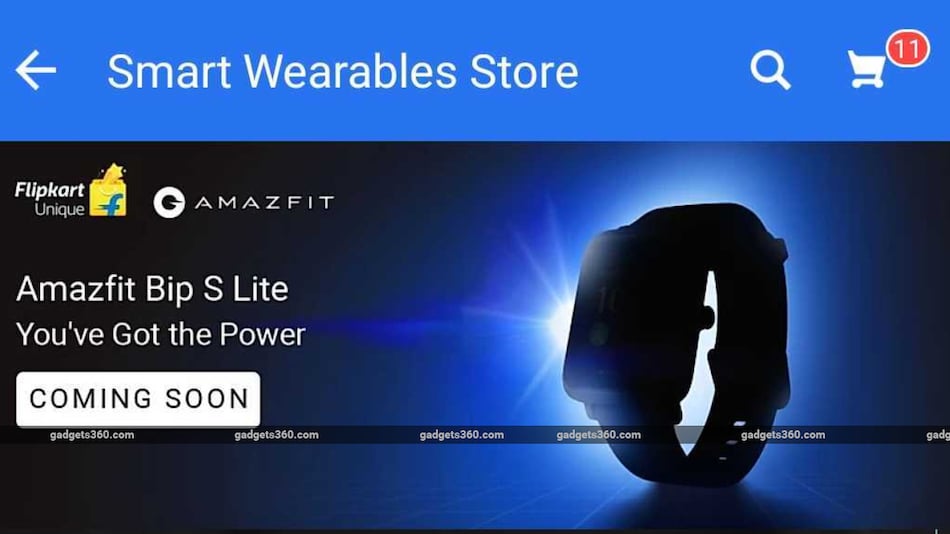 Amazfit Bip S Lite is teased to launch in India soon. The wearable is listed on Flipkart, and the teaser suggests that it would be a toned-down version of the recently launched Amazfit Bip S. The teaser also hints that the Amazfit Bip S Lite may come with a heart rate sensor on board. The vanilla Amazfit Bip S was launched in India last month, and it comes with a 5ATM water-resistant build, 40-day battery life, and a colour display on board.

Apart from this, the Flipkart page reveals that the Amazfit Bip S Lite will come with Huami developed proprietary PPG sensors. The teaser also suggests that there will be a heart rate sensor on board.

To recall the specifications of the base Amazfit Bip S model, it comes with a 1.28-inch transflective colour TFT display and an array of sensors that include a BioTracker PPG optical sensor, three-axis acceleration, and a three-axis geomagnetic sensor. The smartwatch also has continuous heart-rate tracking and heart-rate warning. It includes an always-on display functionality, and has Bluetooth v5.0 and Bluetooth Low Energy (BLE) support on the connectivity front. It also has GPS + GLONASS for satellite-based positioning. The smartwatch packs a 200mAh battery that is claimed to provide up to 30 days of usage or 90 days of standby time on a single charge. The battery pack is also touted to last up to 40 days of charge with a minimal usage.