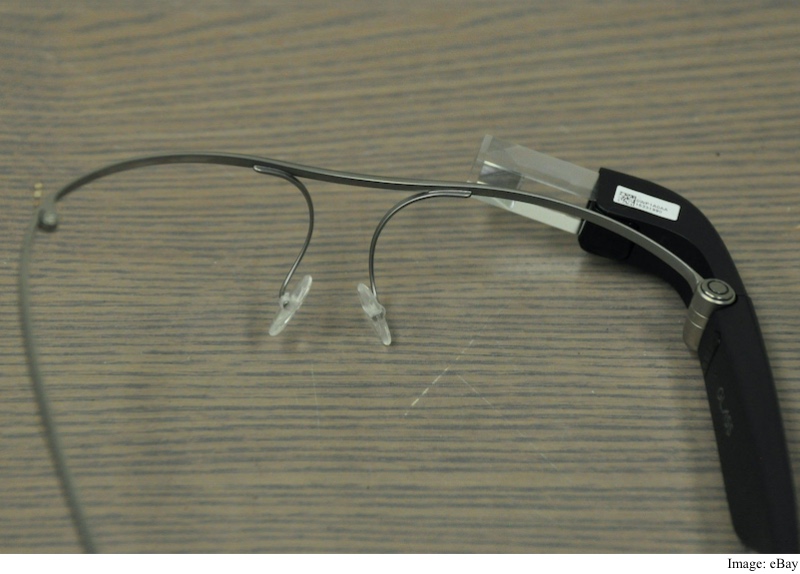 Google hasn't unveiled the next generation of Google Glass yet, but a "reliable" seller on eBay is already allegedly selling the headset. The listing on the shopping portal also unveils the design changes the forthcoming model of the virtual reality glasses will sport.

Over the weekend, 9to5Google spotted what appears to be Google Glass 2.0 on eBay auction. The images that accompany the headset offer similarities with the leaked images of the next-generation of Google Glass that was spotted in a December FCC filing.

As for the design changes, the new Glass seems to have a folding hinge, and an outward-facing LED light. Folding hinge feature is in line with a report from last year which claimed that Google was working on the second-generation of its virtual reality headset. Other changes in what appears to be Google Glass 2.0 include "GLASS" label stamped on the inside of the plastic hinge.

The similarities in the Google Glass with the December FCC filing do add some credibility to this device being the actual Google Glass 2.0. Though, there's no confirmation from Google (or Alphabet) on whether this is a genuine product. There's a lot of interest for the device, with the current bidding set at $8,200 (at the time of publication).

According to an earlier report, Google is working on three next-generation head-mounted devices. One of them, interestingly, doesn't have a screen at all, as per the report. It's an audio-focused model meant for the sports crowd. Google is expected to unveil the Google Glass 2.0 at its upcoming developer conference I/O 2016.