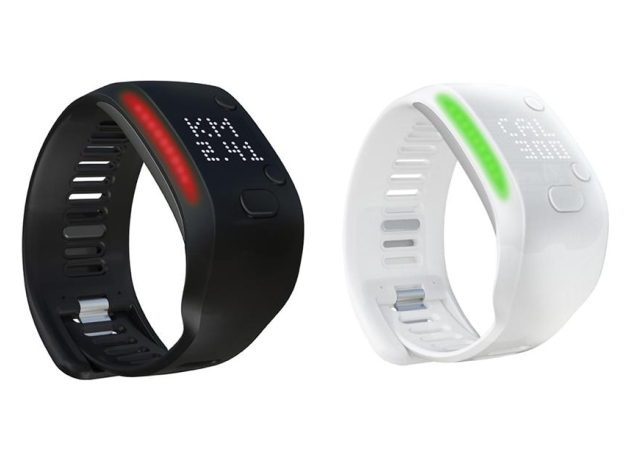 Fitness is the new buzz in town. Adidas on Wednesday announced a new fitness wristband dubbed Fit Smart; an activity tracker designed for running, training, and fitness that is paired with the company's miCoach fitness app. The company has priced it for $199 (approximately Rs. 11,800) and will release in mid-August in the US, and in rest of the world from August 15 through Adidas' website, and from September 1 through Adidas Sports Performance stores.

The Adidas Fit Smart wristband with its soft touch silicon strap weighs in at 58 grams. The company has put in a distinct LED light array (blue, green, yellow and red) that indicates the user's current workout intensity in different colour zones.

"Vibration and visual prompts provide feedback and coaching so the user can make the most out of every workout" the company wrote on its website.

Fit Smart paired with Adidas' own miCoach Train and Run fitness app help users tailor workouts and measure heart rate, calories, pace, distance and stride rate from the wrist. The pairing of wristband and app is done through Bluetooth.

"The key to the Fit Smart is having heart rate technology on your wrist," says Paul Gaudio, general manager for Adidas digital sports. The intend of the company from Fit Smart is helping people set and reach weekly goals, as well as commit to long term training plans. Adidas has also said that it will release an update to the miCoach app in August along with the release of Fit Smart.

The company says that Fit Smart can store up to 10 hours of workout data and its 200mAh battery will offer up to five days on a single charge.