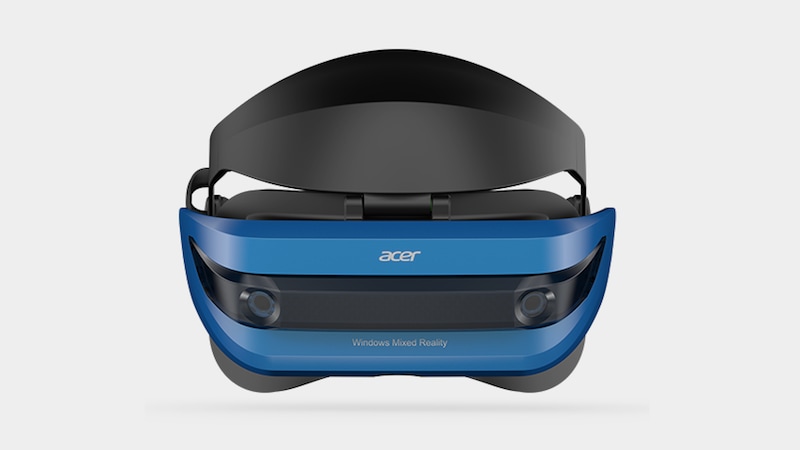 Acer, at the Grand Finale of its Predator league event in Bengaluru on Saturday, announced the first Windows Mixed Reality headset for the Indian market that aims to offer a blend of features from the worlds of both Augmented Reality (AR) and Virtual Reality (VR). The headset is priced starting at $299 (roughly Rs. 19,260) in the US market, though there's no India price yet.

The Taiwanese PC maker Acer has become the first manufacturer to launch a Mixed Reality headset in India. The headset enables customers to interact with software using gesture, gaze and voice, while also having the option to use traditional inputs like mice, keyboards and controllers. A Windows Mixed Reality-ready PC is required to use the headset, which installs required software automatically on a compatible system.

The Acer Windows Mixed Reality headset sports two front-hinged 2.89-inch high-resolution LCD panels that offer a 95-degree field of view. With a resolution of 1440x1440 on each panel and a refresh rate of 90Hz, these displays claim to offer an immersive VR experience. The base model of the headset comes at $299 while an upgraded variant, available for $399 (roughly Rs. 25,700), has a bundled pair of wireless controllers.

The Mixed Reality headset comes with a 13-foot cable and offers connectivity ports including an HDMI 2.0 port and a USB 3.0 port.

Commenting on the launch, Mr. Chandrahas Panigrahi, CMO and Consumer Business Head said, "We are extremely thrilled to launch India's first mixed reality headset in collaboration with Microsoft. By introducing the mixed reality headset, we aim to bring best of our innovations to Indian customers. The Acer Windows Mixed Reality headset offers a plethora of exciting and engaging content that is continually evolving."

Microsoft CEO Satya Nadella, at an event last month, said that Mixed Reality is one of the three path-breaking technologies that are expected to shape the world in the coming years.