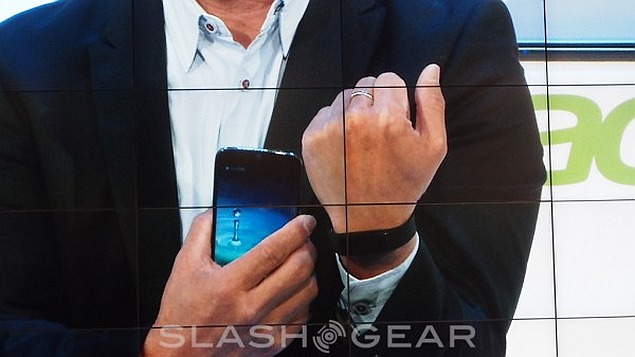 The well-known Taiwanese electronics manufacturer Acer has made its foray into the wearables segment, with a fitness-tracking band called Liquid Leap, which will come bundled with the announced Acer Liquid Jade smartphone.

At its 'a touch more connected' press conference in New York, Acer said the Liquid Leap, its first wearable fitness-tracker, can also give notification for calls and text messages, like a smartwatch. Liquid Leap's width is 17mm. No other details were provided about the fitness-tracker.

The Acer Liquid Jade smartphone announced at the event is a 5-inch smartphone with a Gorilla Glass display. No other details of the smartphone were revealed, such as the chipset, camera, except that it will be offered in a range of colours.

The company hasn't revealed the pricing of both the Acer Liquid Jade smartphone and the Liquid Leap fitness-tracker, but said that they will be launched in late July or early August. The company also discussed plans to bring the devices to US carriers.

Acer also introduced five new laptops at the 'a touch more connected' event, along with two new all-in-one PCs, and a new Chromebook.